Noorjahan Akbar, an internationally-recognized gender equality and human rights activist, is visiting K-State March 7-9 to give several speeches on social justice and empowering women in honor of International Women’s Day, according to the “Noorjahan Akbar” page on the K-State Staley School of Leadership Studies’ website.

Akbar’s keynote speech is today in Forum Hall in the K-State Student Union at 4 p.m. and will be followed by a reception in the Forum Hall lobby. During her visit, Akbar will also present to classes.

Akbar, 24, has worked internationally and established organizations to fight gender-based violence and empower women around the world, according to the website.

Akbar co-founded Young Women for Change, an organization that works to advocate for Afghan women’s rights through protests to end street harassment in Afghanistan.

Akbar has worked as a communications associate with Women for Women International, where she wrote blogs and press releases about the organization’s work to support marginalized women. She has also worked as the marketing and communications assistant at the Center for Diversity and Inclusion at American University where she promoted diversity through different multimedia platforms.

“I feel that even if I reach one woman and amplify her glories and tell her story effectively the way she wants it to be told then that’s success to me,” Akbar said.

Akbar said she is currently working on translating Afghan entries on her Free Women Writers blog to English, as well as traveling abroad to speak about women’s issues, education and youth empowerment.

She also said she feels Afghan women, “are often talked about and rarely listened to.” She said she hopes her Free Women Writers blog will provide the opportunity to bring “Afghan women to the table to see what she thinks.”

“Even the most isolated woman, the most marginalized woman has a voice that if we support and if we give a platform to, can really create change,” Akbar said.

Akbar has received awards for her activism, including being named One of the 150 Fearless Women Who Shake the World, by Newsweek and The Daily Beast in 2012. One of the 100 Most Powerful Women in the World, by Forbes in 2012 and Woman of Distinction, by the American Association of University Women in 2013.

Akbar also received the Women of Distinction award from the National Conference for College Women Student Leaders in 2012 and College Woman of the Year by Glamour magazine in 2013.

“I remember being terrified,” Akbar said.

Akbar said she and her family moved back to Afghanistan once the Taliban had left in 2001.

Akbar said she started advocating for equality when she was in middle school. She and her friends distributed handwritten newspapers to her middle school that advocated women’s rights, she said.

“I never thought of that as activism,” Akbar said. I just loved writing and I loved talking about childrens’ rights, and women’s rights and child education.”

Akbar said she recognized that her parents instilled values of education and equality in her at a young age, which played a large role in her success as a leader and an activist.

Akbar attended high school and college in the U.S., earning a bachelor’s degree in sociology from Dickinson College and a master’s in journalism and public affairs from American University.

Akbar said she recalled a video she watched in her social movements class that moved her to tears. The video captured protestors who were getting tear gassed for protesting the World Trade Organization in the 1970s.

“Every time I read or I watch something about social action or individuals putting their lives in danger to empower and to make life better for other people, I get passionate about it and so I decided to do that and be an activist,” Akbar said.

Her end goal in her work is to create a day when it’s no longer necessary to fight for social justice, equality of rights and education, Akbar said.

“I don’t think we need to justify or we need to explain why our rights, our human rights, our basic rights, that men have endured for so long, are important,” she said. “We have the right to have the exact same privileges, opportunities and rights and protections.”

Akbar said in communities where women are empowered, the sustainability, health, well-being and economic growth is better off.

According to Barbara Gatewood, former AAUW president for the Manhattan branch, she attended the national AAUW conference in June 2012 where Akbar contributed to the panel discussion of women’s rights activists.

“I was so impressed with what she had to say,” Gatewood said.

Gatewood said she proposed the idea of bringing Akbar to K-State to the AAUW branch in Manhattan. AAUW partnered with Leadership Studies, Women’s Studies, Women of K-State, K-State First and International Student and Scholar Services to arrange Akbar’s visit.

Mary Stamey, programs vice president for the AAUW local branch, said she is impressed with Akbar’s young age and “the fact that she’s an internationally-acclaimed activist.”

Gatewood said she hopes students are “inspired to take greater leadership roles and that if they’re not satisfied with something, to speak out against various issues that they feel passionate about.”

Akbar said she is excited to meet and engage with the Manhattan community.

“I hope that this speech will highlight how our liberation, and our freedom, and empowerment is connected to one another,” Akbar said. 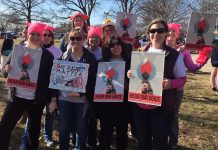 OPINION: Is humanity really that special?