The fear of an unknown outcome deters people from trying something new, however, there are more possibilities that come with stepping outside of the box we have all built for ourselves.

According to the Psychology Today article, “Trying new things, why new experiences are so important to have,” trying something new often requires courage, opens up the possibility for you to enjoy something new, keeps you from becoming bored and forces you to grow.

The Psychology Today article written by Alex Lickerman elaborates on these four principles; however, I believe the strongest point lies in the possibility to enjoy something new.

“Entire careers, entire life paths, are carved out by people dipping their baby toes into small ponds and suddenly discovering a love for something they had no idea would capture their imaginations,”Lickerman said.

We all may connect to those principles differently, but as college students, with the whole world to travel, many dishes of food to try and years of a career or careers in front of us, I think this applies best.

Growing up, my parents would always remind me if I didn’t try something, usually food, that I might be missing out on something great. As I have gotten older, the same motto applied to the sports I played, the clubs I joined and the positions I ran for.

My motto was an extension of theirs. If I did not try something, I might miss out on a life changing experience.

Because I have taken this outlook, I have considerably less regrets than I would have if I were not so apt to jump in and try new things. I now know that I am more suited for journalism and less for geology, but I would not have learned that if I didn’t take a semester of geology classes and not succeed.

According to a TIME excerpt from Health and Happiness titled, “Happiness, try new things,” psychologist Rich Walker found that people who tend to engage in a variety of experiences are more apt to retain positive emotions and minimize negative ones compared to people who have fewer experiences.

From my one psychology class perspective and interpretation of Walker’s study, the more you try new things, the happier of a person you will be.

That saying that if you’re happy, then the people around you are happy too is actually true.

According to the Washington Post article, “Happiness can spread among people like a contagion, study indicates,” a study followed more than 4,700 for 20 years and found that people who are happy or were becoming happy increased the chances for someone they knew to be happy. It also showed that the power of happiness is like a domino effect.

In the end, trying new things isn’t just good for you, it is great for you and the people around you.

The next time you feel held back by your own sense of insecurity, just think about all the possible positive outcomes and maybe it will make trying that new Indian dish or sushi roll a little easier.

With enrollment just beginning, you could take it a step further and take that class you have always been interested in. You could be missing out on your future.

OPINION: Happiness lies in accumulation of moments, not objects 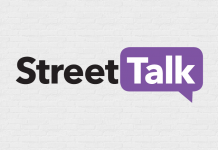