The U.S. presidential election process is notorious for being complex and difficult to comprehend, and with the 2016 elections coming up, it will be increasingly important to understand the inner workings of the parties.

It is evident, in my opinion, that there is a loophole for the Democrats in the form of superdelegates. I believe the institution of superdelegates lends excess power to Liberal Party leaders and effectively takes power away from the voting American people, making the superdelegates’ very existence undemocratic.

The Republican and Democratic parties are nongovernmental entities, so the groups are not bound by rulings of Congress or the constitution in the same way government organizations are. This means the groups are largely allowed to come up with their own rules. It is for this reason that each party functions differently in the election process.

While both the Republicans and Democrats use superdelegates in the nomination process, the Democratic Party does so to an extreme.

In the election, each state is awarded a number of delegates based on population. Kansas has 77 total delegates, 37 of which are Democrats, according to the “Number of Delegates to the National Convention” page on electoral-vote.com. These delegates are people pledged to vote for the candidate chosen by the state’s voters at the caucuses.

Superdelegates, in contrast, are not directly influenced by voters at all. These party insiders are elected officials in the party, such as governors, congress members, current and past presidents and mayors, to name a few, according to the video “Superdelegates Explained” by The Young Turks, a political YouTube channel.

Superdelegates, on top of having the ability to vote normally as American citizens, have the ability to use their political superpowers to cast influential votes that can drastically alter the outcome of the nomination process.

The idea behind this superdelegate system, first instituted in 1982, is that they would be people who are “really involved in party affairs” that “care about making sure that the Democratic nominee is the person who has energy and passion of the Democratic base behind them,” Ben Wikler, MoveOn Washington director, said in Daniel Strauss’ Politico article “Sanders supporters revolt against superdelegates.”

Through the use of the superdelegates, the Democratic Party has the ability to alter the nomination.

There are 712 superdelegates of the 4,763 total delegates, meaning 2,382 delegates are required to secure nomination. This means that superdelegates, whose votes are not cast based on the will of the American people, make up about 15 percent of the total, according to The Young Turks’ video.

In 2008, “each superdelegate had about as much political influence as 10,000 voters,” according to the video.

This unorthodox practice within the party has affected presidential elections in the past and will continue to do so in the future if the system is not amended or abolished.

In the 2008 presidential election, the controversial superdelegates helped then-Sen. Barack Obama to secure his spot as the Democratic nominee in his close race with then-Sen. Hillary Clinton, according to the “2008 Democratic Delegates” page on realclearpolitics.com.

In the upcoming 2016 election, the superdelegates are expected by many to change the outcome again, this time in favor of Clinton as opposed to the candidate largely regarded as an extremist, Sen. Bernie Sanders, according to Trevor Timm in The Guardian article “Even if Sanders wins the popular vote, Clinton could still get the nomination.”

Clinton has the support of 467 of the 493 superdelegates who have pledged support thus far, according to the AP’s “Delegate tracker.”

While the superdelegates are able to change their minds up until the national convention, as they changed their mind in 2008 to favor Obama, it is alarming that in a close race such as the one we are expecting this year, a large percentage of the choice is out of the American public’s hands.

To be truly democratic and reflective of the will of the American people, this unnecessary facet of the election process should be altered or eradicated completely. A nominee for president should be chosen only by the voters, and the use of superdelegates to alter the vote is inherently undemocratic. 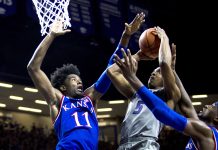 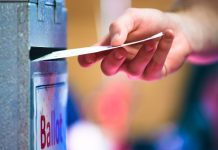 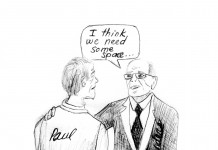 A political breakup between Sanders, Paul