The surprise of the tournament coming in so far has been the Syracuse Orange. No one could have predicted that the Orange would make the Final Four. Many experts did not even believe they should be in the tournament. Now look at them; North Carolina is probably the best team still in the tournament. If they can finish it off and get Roy Williams his third title in his tenure as head coach, Williams can bridge the gap a little bit to his rival, Mike Krzyzewski, head coach at Duke University.

We have a rematch from earlier in the season. The Sooners blew out the Wildcats in that one. Buddy Hield has led Oklahoma this far. Villanova shocked the world and upset No. 1 overall seed the Kansas Jayhawks, a team that beat Oklahoma twice during the regular season. The Wildcats did it with great defense and clutch scoring. Neither team is the same as they were when the first matchup happened. Both teams are going to be in for a fight.

This is one of the best NBA matchups of the week. The Clippers seem to be a better team during the absence of star power forward Blake Griffin from his suspension. The Thunder has two of the best players in the world in Kevin Durant and Russell Westbrook. OKC has had trouble finishing games this season. They will need to get that straightened up before the playoffs if a deep run is in their future.

Tipoff for this NBA matchup is set for 8:30 p.m. Thursday on TNT.

In what is one of the biggest rivalries in sports, these two soccer heavyweights look to face each other in El Clasico. Not only are these two of the best soccer teams in the world, but each team has one of the best players in the world; Real Madrid with Cristiano Ronaldo and Barcelona with Lionel Messi. Barcelona has basically won the league already, but a victory for Madrid would ease the fans just a little bit with the disappointing season of missing out on the league crown.

Coverage for this game will begin at 1:15 p.m. Saturday on beIN Sports. 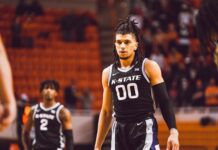 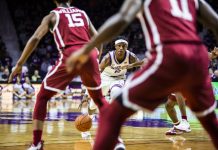 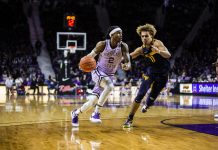