Hillary Clinton has been given a very unique opportunity: a second chance at being the first female president of the U.S. But there is a surprising lack of support coming from the one group that few thought would fail her: women — specifically young women.

Horse-race polls are polls taken in the middle of the campaigns and can display interesting trends. This poll shows that the outsider candidate, who once had little relative support, has gained undeniable momentum against his well-recognized female competitor.

As former Clinton supporters and undecided Democrats are slowly starting to “Feel the Bern” across the country, many are asking why Clinton is losing her assumed female vote among young people.

This discrepancy between younger and older women’s support has been present since the middle of February, after the New Hampshire primaries, Kelly Wallace said in the CNN article “Why the female generational divide for Hillary Clinton?”

Sixty-four percent of Democratic women voters younger than 45 backed Sanders, while just 35 percent supported Clinton, according to the CNN article.

A couple of older feminist icons have, of course, been vocal about their support of Clinton and vocal about the disappointing absence of young female Clinton voters.

Madeleine Albright, the first female secretary of state, said there is a “special place in hell for women who don’t help each other,” according to Alan Rappeport in The New York Times article “Gloria Steinem and Madeleine Albright rebuke young women backing Bernie Sanders.”

Gloria Steinem, a feminist spokesperson, said young women aren’t thinking in the best interest of the country. “When you’re young, you’re thinking, ‘Where are the boys?’ The boys are with Bernie,” according to The New York Times article.

It’s ridiculous to attribute Sanders’ popularity among young women to their hormones. I am sure the majority of politically active young women aren’t into politics for the men who come along with it.

“For these 20-something women, gender is not a major consideration. Sure, they would like to see a woman become president and expect that to happen in the near future, but they are not especially enthused by the too-familiar female candidate asking for their votes this year,” David Horsey said in the Los Angeles Times article “Hillary Clinton is losing the votes of young women to Bernie Sanders.”

Horsey said the majority of Democratic millennial women are on board with the rest of their age group in their support of the candidate who promises to bring about big changes. They see Sanders as “honest, idealistic and bravely radical.”

Clinton definitely has a lot of work ahead of her if she wants to secure the Democratic nomination and continue her bid for the presidency. She must figure out a way to reach out to the young voters who have so far tended to favor Sanders. Most importantly, perhaps, she has to figure out how to win back the hearts of the young women and excite the age group for the possibility of a female president come January 2017. 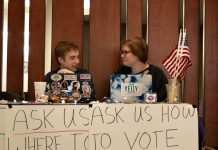 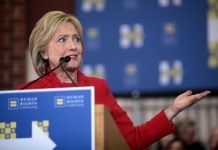 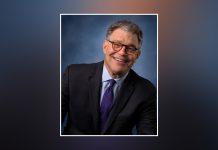