In some cases, a movie is only as good as the director behind the camera. What would “The Departed” be without Martin Scorsese, or “The Shining” without Stanley Kubrick? But in some cases, the studio doesn’t seem to have its finger on the pulse of its movie and it misfires. Quentin Tarantino’s adaptation of the Shel Silverstein classic “The Giving Tree” is one such misfire.

Tarantino has worked well with adaptations before. “Jackie Brown,” his adaptation of Elmore Leonard’s “Rum Punch” was a critical and commercial darling. No one, however, seemed to take pause at the fact that while “Jackie Brown” worked with the directors’ “hard-R” sensibilities, “The Giving Tree” — or “Tree With Nothing to Lose,” as Tarantino renamed it — is a delightful children’s story with its heart centered in the love between a boy and his tree, not a bloody, shoot-’em-up revenge thriller.

Yes, even with the snappy Tarantino dialogue between the boy (played by rising star Oscar Issac) and the Giving Tree (voiced with gusto by Tarantino stalwart Samuel L. Jackson) isn’t enough to make you forget the fact that this extremely adult, drug and sex-filled romp was once read to you by your parents before you went to sleep back when you still pooped yourself regularly.

The movie starts fairly similarly to the book. Issac and Jackson are great friends. Issac climbs the tree, eats his apples and swings from its branches. And both the boy and the tree are happy.

But, in a twist so out of character of the first 10 minutes of the movie, the boy turns and looks to steal all that the tree has to offer and make a profit off of it to help fund his sex and cocaine addictions.

You are then subjected to the most gruesome, self-serving, tree-trimming and apple-picking scene ever put to film. You hear and feel every branch and every apple stolen from the tree as Jackson litters your ears with profanities you never knew existed.

Now, abandoned and alone, Jackson must choose whether to reclaim his branches, apples and pride, or face his death in the cold and unforgiving winter that is imminent.

Jackson chooses the former and somehow pulls himself out from the ground and the chase is on. While the action in this part of the movie is strong, there is a level of violence so severe and realistic that it goes from mindless, fun schlock to what I interpreted as a cry for help. Someone find Tarantino and give that man a hug or God knows what’s about to happen.

Of course our two leads have one final showdown, and the movie ends — as Tarantino movies often do — in a cacophony of blood as the tree truly discovers what led his dear friend to turn on him.

The movie is shot almost entirely on ’90s era camcorders, giving the film a certain cheapness that I’m sure, in time, will be looked at as authentic and not just desperately grasping at straws.

This stands to be the most puzzling addition to Tarantino’s fairly strong catalog, and I still have no idea how it actually got made.

The Tree may have nothing to lose, but I assure you, if you have a heartbeat and still value your time like everyone does, you, dear reader, do. 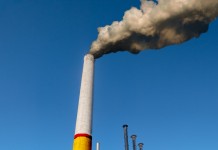 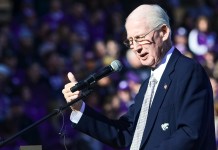 Snyder runs for president: ‘Opportunity for the greatest turnaround in American political history’ 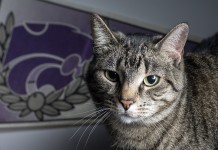