The federation handed over documents it has collected over the last 48 years, including statements, minutes, congressional testimonies, press releases and surveys. According to K-State Today, this was done in the hopes of “offering research potential for historians and other scholars interested in consumer history.”

“When Richard Morse, a K-State professor who served as a U.S. Consumer Advisory Council member under Presidents Kennedy and Johnson, gave his professional papers to K-State Libraries, it laid the foundation for what’s become one of our premier research collections,” Lori Goetsch, dean of K-State Libraries, said to K-State Today. “Many of Professor Morse’s peers and organizations he’d worked with followed suit. We’re thrilled that the CFA — a hugely influential organization in the consumer movement field — has also elected to archive its papers at K-State Libraries.”

Morse Department of Special Collections librarians plan to digitize the federation’s donation to make it accessible online via links from finding aids on the special collections’ website, according to K-State Today.

The foundation’s award celebrates UFM’s outstanding service and dedication to the Manhattan community, according to the Little Apple Post. UFM, a part of K-State’s Global Campus, has provided the community with learning opportunities since 1968.

“We were very pleased that UFM was recognized in this way,” Linda Teener, the foundation’s executive director, said to the Little Apple Post. “UFM is a diverse program serving people of all ages with many diverse projects to meet local needs. Last year UFM served over 17,000 persons from our area.” 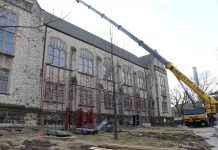 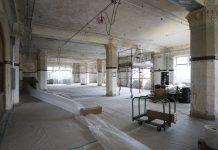 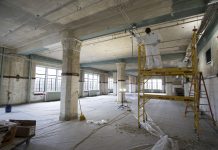