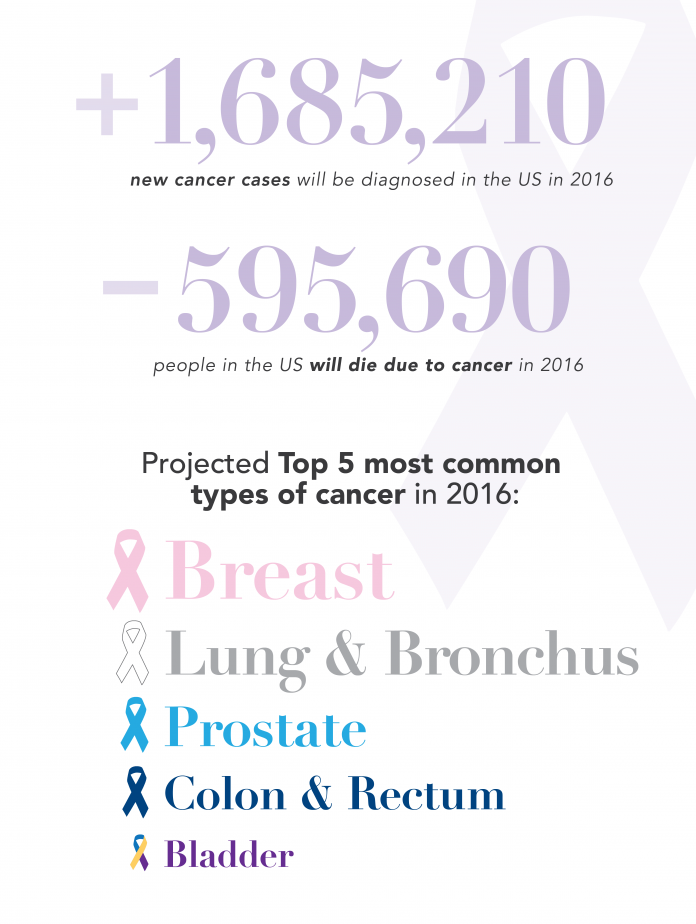 An estimated 1,685,210 cases of cancer will be diagnosed in the U.S. and 595,690 people will die from cancer this year, according to the “Cancer Statistics” page of the National Cancer Institute’s website.

Deryl Troyer, professor of anatomy and physiology, and Stefan Bossmann, professor of chemistry, said they are working to significantly lower these numbers. They are developing a device that allows users to self detect cancer with just a small drop of blood.

“We need a little blood, less than a cubic millimeter, and then we look at 10-15 proteases depending on the tumor and are able to identify stage 1 tumors at about 95 percent and stage 0 tumors at about 80 percent,” Bossmann said. “Then, you catch them early, and the classic technology is good enough for many tumors and can make a difference in the life of the patient.”

Troyer said his passion comes from the frustration of the lack of resources and options for a cure.

“Cancer is a devastating disease for which there are few durable cures,” Troyer said.

The idea of the device is similar to a pregnancy test. If patients discover they have cancer, they can decide what to do with the information, Bossmann said. The idea is that they would be able to take a small sample of blood and the information would be transferred to their smartphone. From there, they would be able to see the general region the cancer inhabits and to what stage the disease has progressed.

This new technology would allow people to catch the disease at an earlier stage, giving them a better chance to beat the cancer, Bossmann said.

The professors began their research together in 2007 and have run into controversial issues regarding their discoveries, Bossmann said.

“This technology is able to save up to 50 percent of lives by just detecting tumors earlier,” Bossmann said. “What you need is a health system that wants to do this. One of our biggest obstacles is that hospital administrators want to discover the cancer at stage 3 because then you can make the most money from the patients. You need a health care system that is willing to detect the cancer early.”

The professors are currently in the process of collaborating with the University of Texas Medical Branch in Galveston, Texas, which is developing the company Mobile Biomarker Diagnostics, Bossmann said. They are attempting to give the power to the people: Some people want to know and some will not want the information.

Millie Copper, junior in marketing and president of Delta Delta Delta, said she is involved with St. Jude Children’s Research Hospital through her sorority’s philanthropy.

“The research the two professors are doing sounds incredible and could be a game changer for the horrible disease that has affected so many people,” Copper said. “Being able to self detect cancer before it spreads elsewhere could save so many people’s lives, no matter what age they are.”

Copper said nothing would make her happier than if there was an increase in the survival rates of children battling cancer due to the work of Bossmann and Troyer.

The professors’ research could revamp the way cancer affects the world since the device would be accessible to anyone, Bossmann said.

“The goal would be to have the device on the market in about five years,” Bossmann said. “Since the test is enzyme based, it should be on the market for $20 or $30.” 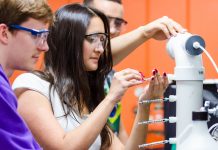