The Tuition and Fees Strategies Committee rejected the university advising fee proposal at its Tuesday meeting. The $0.70 per-credit-hour fee increase would have affected nearly 20,000 undergraduate students and generated $350,000 per year.

The allocated money would go in portions toward implementation of new advising and student success technology, funding professional development and hiring a director for the Office of University Advising.

April Mason, provost and senior vice president, said some departments on campus, including Athletics, are currently trying out technological programs like GradesFirst and Student Success Collaborative, which have been paid for by the Office of the Provost.

Mason said her office does not have the funds to continue to pay for the technology, especially after recent budget cuts.

“If my budget continues to be pressured in this way, I won’t be able to continue to pay for it,” Mason said.

The investment in academic advising with programs like Student Success Collaborative and GradesFirst, hiring a director and enhanced development would be expected to assist in improved student success, measured commonly by retention of first-time enrolling students and graduation rates.

“I think the big challenge we have at this university is retention,” Stephen Kucera, Student Governing Association speaker pro tempore and senior in music performance and accounting, said.

Even though the committee rejected the fee, some of the members supported what the goal of the proposal. They recommended that the Office of Undergraduate Studies, which proposed the fee, seek funding from the Student Centered Tuition Enhancement.

SCTE, which has a $750,000 budget, allocates money to programs around campus that are designated by SGA but cannot be funded by the central administration.

“If we still have a year left before the subscriptions expires, why wouldn’t they present it to this committee (SCTE) and then have next year’s tuition fees go over it,” Candice Wilson, committee member and graduate student in agricultural economics, said.

Mason said even if SCTE did not agree to pay for the program, there would still be enough time to reapply to the Tuition and Fees Committee before time ran out.

The committee also discussed the fee increase proposal for the College of Business Administration, which will likely be voted on at the meeting next week.

The committee members discussed not approving the full $15 per-credit-hour proposal but did not agree on an appropriate dollar amount or whether or not the full fee should be approved.

“As someone who has worked with Dean (Kevin) Gwinner, (of the College of Business Administration), I think he has been the best dean to work with,” Kucera said. “He has been on top of his game and at this point is the reason why I am leaning towards saying yes to the entire thing.”

Trenton Kennedy, committee member, student body vice president and sophomore in entrepreneurship, said he thinks the college has been transparent during the fee proposal process.

“I don’t know what more the College of Business can give this committee in order to make a determination for the need and for the merit of this fee,” Kennedy said.

The committee decided not to vote on the business fee proposal and to instead wait until next week’s meeting when more members would be in attendance.

“It seems to me unanimous,” Andy Hurtig, co-chair of the committee, former student body president and senior in accounting, said. “Everyone is pretty pleased with the way (the College of Business) went about it and the information they’ve given us. I think it’s now just up to individual opinions on whether we think we can put the full fee on the back of students, none of it or part of it.” 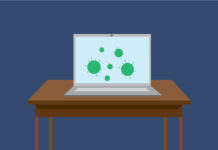