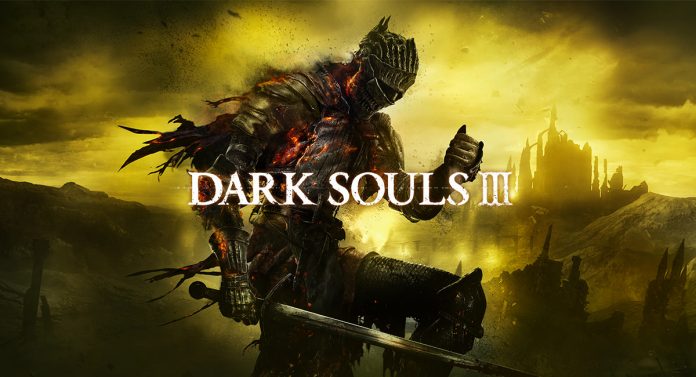 In 2009, I picked up a game called “Demon’s Souls” on a whim. I had next to no knowledge about the game — I just thought the box art looked pretty cool. Unbeknownst to me at the time, it was the best impulse buy I’ve ever made and the beginning of seven-year-long love affair.

“Demon’s Souls” never technically received a sequel. Instead, the game’s developer, FromSoftware, released a spiritual successor: “Dark Souls,” which is a sequel in everything but name. “Dark Souls,” its sequel “Dark Souls II” and 2015’s “Bloodborne” share the same basic DNA as “Demon’s Souls.”

“Dark Souls III” is, for all intents and purposes, the fifth game in the series. It’s practically a greatest hits album for the series, taking elements from every one of its predecessors and blending them all together into a single, fantastic package.

The Souls games are action, role-playing games that have become infamous for their difficulty. Though I would describe them as tough but fair instead of outright difficult, the point still stands that these games refuse to hold your hand or give you an easy win. Victory is earned, not given, and failure is almost always the player’s fault.

Player death and failure in “Dark Souls III” (along with every other Souls game) is not so much a punishment as it is an important and integral mechanic. Each death is a learning opportunity. Smart players will analyze what killed them, be it a tough enemy or devious trap, and the mistakes they made that led to their failure. A particularly nasty ambush might not be that bad when you know it’s coming and are prepared for it.

This gameplay loop of death, knowledge acquisition and progression is core to the Souls series. This stands true in “Dark Souls III.”

What does “Dark Souls III” do differently, then? To someone who has never played these games, probably not much. Veterans, however, will find new systems and mechanics to play with and figure out.

The most obvious change is the introduction of Focus Points and Weapon Arts. The games have always had an omni-present Health meter and Stamina meter (which governs how much you can perform actions such as attacking, blocking or rolling), but “Dark Souls III” adds in a third meter for Focus Points.

You consume Focus Points when you cast spells or utilize a Weapon Art. These are new attacks or skills and vary from weapon to weapon. These skills can vary and include attacks that break your foe’s guard, nimble quick-steps, damage buffs or a flashy sweep maneuver that hits everything around you.

Weapon Arts give players a much wider range of tactical options to consider. Experimenting with the different weapons and trying to master their Weapon Arts on top of the weapon’s existing set of attacks made sure I was constantly engaged and switching up the equipment I used. I was always excited to pick up a new weapon featuring a new Weapon Art for me to try out, and I often found myself loving weapons I likely wouldn’t have touched otherwise.

The Souls series has always thrived on a dark, brooding atmosphere and a medieval, low-fantasy, post-apocalyptic aesthetic. Environments range from crumbling castle walls, poison-filled swamps, massive cathedrals and claustrophobic dungeons. There’s some fantastic environmental variety in the second half of “Dark Souls III” that I don’t want to spoil here.

Fortunately, “Dark Souls III” is absolutely gorgeous to look at, which really highlights the excellent environment and enemy aesthetic design. Clearing a tough area and being rewarded with a beautiful, sweeping vista is rewarding in its own right, and many times I found myself stopping to admire the world FromSoftware has created.

The sound design of the game is top-notch as well. The clinking of armor, the clanging of swords or a monster’s terrifying screech sound fantastic and really help put you into the world. The soundtrack is sparsely used and typically reserved for boss fights. However, when it does play, it features not only some of the strongest musical pieces in the Souls series, but in my opinion, video games in general.

“Dark Souls III” truly feels like a culmination of everything that came before it. I could have easily written a review twice as long as this one and still not covered everything in the detail it deserves. This is a rich, deep and complex game, and it offers an incredibly rewarding experience.

I give “Dark Souls III” five out of five stars.