The ranking was featured in Businessweek’s “2016 Best Undergraduate Business Schools,” according to the Little Apple Post. When the publication included private universities, the college’s ranking dropped to 82nd overall — a 41-spot increase from the last Bloomberg Businessweek rankings.

A section of the rankings included an employer survey, in which employers were asked to list and rank 10 business schools that they recruit from. In this portion, K-State ranked 28th among public universities and 58th overall, according to the Little Apple Post.

“The significant increase in our overall ranking and our outstanding placement in the employer survey is a testament to the emphasis that the college has placed on developing experiential learning opportunities and career development programs for all of our students,” Kevin Gwinner, dean of the College of Business Administration, said to the Little Apple Post. “As we move into our innovative new building for the fall 2016 semester, we can expand those opportunities and programs for our students, which will allow us to continue to move upward in business school rankings.”

The K-State Student Union food court will be offering a number of familiar and new dining choices when renovations are completed in January 2017.

According to K-State Today, the “complementary venues designed to appeal to students, faculty and staff alike were chosen to provide different experiences from grab-and-go options, quick service selections or casual dining with table service.”

While some venues are returners, like Chick-fil-A and Panda Express, there will be some new eats, including:

According to KMAN, the program is a private and secured database designed to help officers provide assistance to members of the Riley County community who are unable to communicate or properly interact with emergency responders. Such community members may include those affected by autism, Alzheimer’s and other forms of dementia. 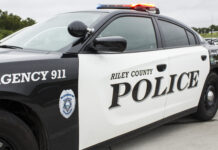 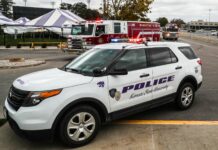