As the 2016 general election season draws near, many people are looking back on Obama’s presidency, and many have come away with differing viewpoints.

Over the past eight years, I have seen two common themes in Obama’s efforts both domestically and internationally. These two themes, with a few exceptions, can pretty much sum up the president’s techniques in the White House: inclusion and hands-off.

For as long as I can remember, there have been two arguments in every presidential election: equality and health care.

Obama made it his mission once he got elected to include as many people as possible in policy and reform changes, and that is exactly what he did with the legalization of LGBT civil unions.

From the lens of civil rights, it is amazing it took so long for this to happen. What’s the point of “life, liberty and the pursuit of happiness” if we withhold means of achieving happiness from certain groups?

Another act of inclusion on the president’s part was the Affordable Care Act, also known as Obamacare.

According to the Bloomberg visual data chart “Before and after Obamacare: Has it worked?” 5.4 million people gained coverage as of 2014.

While that is a significant number, the program was not nearly as explosive as some expected Obamacare to be, and although the inclusion of people with pre-existing conditions is a great thing, the rising cost, as well as the lost options of health care, are not.

While Obama’s efforts to include the LGBT community have been positive in his stint as president, his Affordable Care Act has actually cost Americans more money and could have devastating effects on the economy in the future as prices for health care services rise, according to the Los Angeles Times article.

While handling America’s superpower status can’t be easy, the president’s involvement with international affairs has been the weaker of the two.

In the past eight years, the Obama administration has seen the Arab Spring, the Russian expansion into Ukraine, the rise of ISIS, the Iranian nuclear deal, island disputes between China and Japan, and the ongoing Syrian Civil War, just to name a few prominent examples.

A positive during Obama’s time in the White House would be when he gave the green light to the operation that resulted in the killing of Osama bin Laden, a day that will go down in history as a win for the U.S.

This win, however, has been overshadowed by Obama’s handling of ISIS.

It could be because of Obama’s usage of “distance warfare,” as I like to call it. Rather than using ground troops to go in and clear out ISIS forces, drones have been the weapons of choice for the Obama administration.

Since being in office from 2008-14, there were 357 drone strikes commanded by Obama out of 408 total from 2004-14, according to Jack Serle and Abigail Fielding-Smith’s Bureau of Investigative Journalism article “U.S. drone war: 2014 in numbers.”

While the usage of drones has risked far less American military members, it has also given the U.S. a reputation for “distant war” tactics, rather than face the enemy directly.

Another problem with Obama’s international efforts can be found in his handling of the Syrian Civil War.

The Syrian Civil War is perhaps the most brutal war we have seen in recent years, and it has led to mass displacements of millions of people.

Obama’s threats of action against the Assad government for the use of chemical weapons could have established a strong American diplomatic presence in the conflict.

Obama’s presidency has been interesting to watch. It wasn’t without its fair share of ups and downs, but to me he could have been a stronger president. His advancements in health care reform and civil rights have been counterweighted by a shaky foreign policy.

If I were to give President Obama a grade on how his administration was, I’d give him a solid C at best. It wasn’t bad, but it definitely could have been better. 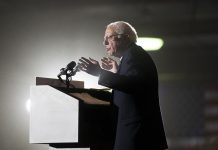