In 1971, K-State introduced a shorter time frame for classes between semesters called intersessions, in which classes take only three weeks to complete, according to K-State News and Communications Services.

“Intersession was originally established to give faculty an opportunity to experiment with new topics,” Sue Maes, dean of K-State Global Campus, said to K-State News and Communications Services. “Classes allowed instructors to create a topic based on their expertise or try different teaching techniques or ways to deliver a course. In the beginning, and still today, it’s a way for an instructor to implement something new.”

In 2008, these on-campus intersessions began to be offered as online courses. The online movement opened up opportunities for more students from around the world to take classes at K-State, according to K-State News and Communications Services.

“Intersession provides students with time to study a specific topic intensely while keeping them on track to graduate and move into the job market,” Jo Maseberg-Tomlinson, K-State intersession coordinator, said. “They investigate topics they wouldn’t normally have time for, while also having a productive, immersive experience.”

The business school offers multiple majors and minors to over 2,600 undergraduate students and has implemented various programs to increase professionalism and success of their students, according to K-State News and Communications Services. These programs include Professional Advantage, Executive Mentor and the newly created Career Coach programs.

“Professional development is key to success for business graduates, and we are taking this to a new level with personalized guidance from career coaches,” Kurt Roberts, executive director of the Career Coach program, said to K-State News and Communications Services. “Our biggest priority in the College of Business Administration at Kansas State University is for our students to have successful, fulfilling careers. These programs assure that every student can succeed in finding an amazing career that is right for them.” 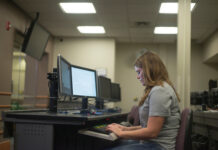 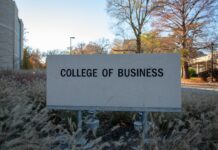 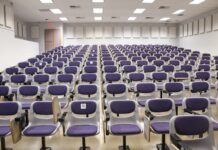