Home Community Opinion Opinion: Is it worth it to buy a new video game console?

It’s been about two and a half years since the latest generation of gaming consoles hit the marketplace. Many gamers, including myself, were ecstatic about getting our hands on the new console.

The excitement faded once I bought my Xbox One two months ago. This lends me to ask the question: Is the current generation of consoles worth buying?

Video game console sales fell 23 percent in February compared to last February, and the current decrease in sales by month started to decrease in December, which in theory should be the best month of sales due to Christmas shopping, according to Chris Morris in the Fortune article, “Video game system sales tank in February.”

Am I surprised by the decline in sales? Absolutely not.

In my opinion, one reason the first two years of the current generation has not been great is due to the lack of titles at the two year mark in comparison to the previous generation of video games.

PlayStation 4 machine designer Mark Cerny said he expected it would take three years to maximize the capabilities of the console. In addition, the first year of sales will be lower due to game developers getting used to the hardware on the new consoles, according to Keith Stuart in The Guardian article, “Is now the right time to buy a new video game console?”

Game developers have a certain time frame to get a feel for the hardware once the console is released. If it takes too long, sales start to decline and that’s what we are seeing right now. People are not going to spend $350 on the console if the console is lacking signature games or game variety.

I understand that all good developments and improvements take time, however, if I’m going to spend $350 on a video game console, I would hope the console developers and the video game developers would work out these kinds of issues prior to the console’s launch.

Another issue I have with the current generation consoles is the insane amount of patience you must have in order for the console to complete everything. Whether it’s a small thing like loading a cut scene in a video game or being forced to wait 20 minutes to install any game you pop into the console, your patience is definitely tested when you buy a current generation console.

The reason loading times have become longer and yet more acceptable is because we as consumers are making a trade-off. In my opinion, consumers have made it known to console and game developers that we value graphical improvements and content improvements over loading speeds and downloading speeds.

Most games that are being launched on the new consoles are still being released for last generation’s consoles as well, according to Chris Jager in the Lifehacker article, “Five reasons why you shouldn’t buy a next-gen console (yet).”

In my opinion, if you have a PlayStation 3 or an Xbox 360, you are not really that behind, nor are you missing that much, which forces me to wonder if it is even worth it to buy the new consoles.

As the consoles stand right now, I think the price tag is just too steep and there’s not enough incentive to buy one. If you haven’t bought one yet, I would wait until the price tag comes down or the amount of incentives goes up. Right now, next generation consoles are not worth the money. 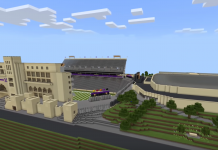