Depression comes in all forms, whether it be from a relationship, school, divorce or death, depression is debilitating. Depression is often misunderstood by those who have never experienced it, and for good reason. There is a definitive difference between a person who is depressed and a person who isn’t depressed, and the difference can be linked to the way a person thinks.

Martin Seligman, director of the Positive Psychology Center at the University of Pennsylvania, discovered the concept of learned helplessness as it applies to animals in 1965, and 30 years later, he broadened the concept in a way that applies to humans, specifically humans with depression, according to Maria Konnikova’s New Yorker article, “Trying to cure depression, but inspiring torture.”

Originally, learned helplessness was a phenomenon that illustrated the correlation between an animal being subjected to an aversive stimulus that it couldn’t escape, and the animal eventually accepting the fact that it cannot escape, despite being given a way to do so.

In a way, the experiment taught them to believe that trying would just lead to failure, and therefore, there is no reason to try.

This concept has now been linked to the understanding behind a form of depression that is caused by feeling unable to control situations in a specific environment or element within their life.

Learned helplessness makes a person feel that whatever they do will be futile and that all control is out of their hands. This forces them to generalize one experience to apply to a broader existence.

This type of depression causes the person to feel helpless, as well as hopeless, and when these two emotional states are put together, they can be devastating, according to Ph.D.s Rashmi Nemade, Natalie Staats Reiss and Mark Dombeck’s Mental Help article, “Seligman’s Learned Helplessness.”

“An adaptation of (learned helplessness) argues that depression results not only from helplessness, but also from hopelessness,” the article said. “The hopelessness theory attributes depression to a pattern of negative thinking in which people blame themselves for negative life events, view the causes of those events as permanent, and overgeneralize specific weaknesses to many areas of their life.”

As part of Segilman’s research, children who were experiencing depression-like symptoms were split into two groups. One group was taught to identify when they were having negative thoughts, to evaluate those thoughts objectively and then to come up with alternatives, and the other group was taught nothing, according to the New Yorker article.

“At the end of the two years, 44 percent of the children in the control group had developed a form of depression,” Konnikova said in the New Yorker article. “Only 22 percent of the treatment group had done so.”

The improvements were attributed to the change in their evaluation process. The kids who blamed the outcome on themselves were more likely to become depressed than those who created an alternative cause of the outcome. In the same way that someone can learn helplessness, these children were able to achieve learned optimism.

“Seligman believed that humans, like dogs, could be taught to become more resilient, a phenomenon he called learned optimism,” Konnikova said in The New Yorker article.

I believe this concept is absolutely vital for people to understand, and my fear is that a majority of people have never even heard of it before.

At one point or another, everyone has experienced a situation where the outcome, especially a negative one, was completely out of their hands. For some, understanding the outcome was either unavoidable or uncontrollable enough to move past the situation.

“By reducing your feeling of control as well as your available options in a situation, it can further add to the depression,” according to Mark Tyrell and Roger Elliott’s Clinical Depression article, “Depression and your sense of control.”

Feeling as if nothing you say or do will make a difference in the outcome of a situation would lead anyone to give up. Without any incentive to try, the threat of pain or even death no longer makes a difference, Konnikova said in The New Yorker article.

For people without depression, it is hard to understand just how handicapping the lack of control can be because the mental process behind how they are able to evaluate situations is completely different.

Someone once told me to take the power back from the things that took it from me in the first place. Because this is a “learned” concept, we are able to learn to challenge it. Developing new skills, in this case re-evaluating the cause of negative outcomes, or learned optimism, will be the first step for people with depression to take the power back from the debilitating disease before it takes everything from them. 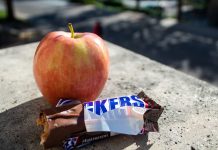 OPINION: What my eating disorder taught me