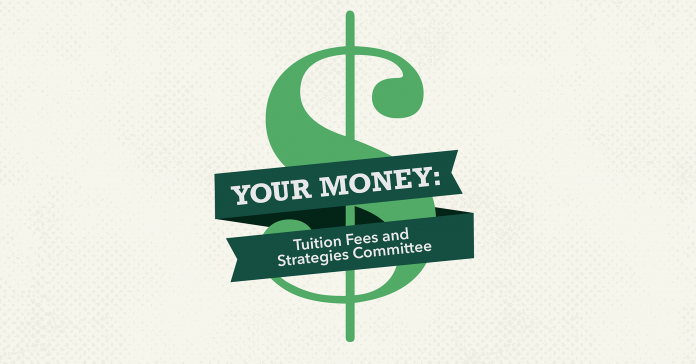 K-State proposed a greater tuition increase than originally planned, and one student per-credit-hour fee proposal was approved while two others were rejected at the Tuition and Fees Strategies Committee meeting on Tuesday.

The new tuition plan by the university calls for a 5 percent increase as compared to the original 3.6 percent. The student committee approved the 5 percent tuition increase on a 9-0 vote.

A $30 fee by the College of Engineering was approved, while a $1 fee for K-State Libraries and a $2.10 Academic Building Support Fee were rejected.

These are in addition to fee decisions made at previous meetings. Fees from the colleges of Business Administration and Arts and Sciences were approved and a university advising fee was rejected.

Overall, the committee approved three of the six fee proposals.

The cap was agreed to on an understanding with the Board of Regents that state funding to universities would not be cut. Then, on March 2, Gov. Sam Brownback cut university funding by $17 million, but the cap remained law.

On Monday, the Legislature passed a budget that included a repeal of the cap. In response, K-State added to its requested tuition increase, which must be approved by the board at the June meeting.

K-State’s budget for the 2016-2017 school year has a $9 million deficit, April Mason, provost and senior vice president, said. The tuition increase will help defray the hole, but would not cover the entire deficit.

A $2.10 per-credit-hour Academic Building Support Fee proposal that would have been paid by all students to fund costs associated with furnishing the new College of Business Administration building was also rejected on a 1-9 vote.

“We could get to the point where we don’t have accreditation,” Jordan DeLoach, Student Governing Association chief of staff and senior in computer science, said. “I think that would be the worst possible thing for the College of Engineering because I don’t know why a student would ever come here if we’re not accredited.”

Kurt Lockwood, former speaker of the Student Senate and senior in agricultural economics, said he thought the possibility of losing accreditation was a “scare tactic.”

“I struggle with the fact that administration would ever let us come close to losing our accreditation,” Lockwood said. “To me, I don’t think we’re near that bubble point.”

Mason said there is no “April Mason Bank” to give millions of dollars to engineering.

“When you say there’s no ‘April Mason Bank’ to give money to, is the College of Engineering too big to fail if we don’t pass this fee?” Candice Wilson, graduate student in agricultural economics, said. “Or will the administration just step back and say, ‘Well, we don’t have the money. Sorry, you lose your accreditation.’ Because I feel like it’s one of those things where they say it now, and then we give them the money. But if we were to say, ‘No, you don’t get the money,’ dollars would appear.”

Mason said the university is not playing chicken.

“Do you see any millions of dollars in this budget? … I don’t have it,” Mason said. “We don’t have it at the university. I wish we did.”

Mason said the possibility of losing accreditation was not a scare tactic, but a message from the accreditors that the student-to-faculty ratio needed to be addressed.

Compounding the student-to-faculty ratio issue is increasing enrollment in the college. Kansas law mandates the College of Engineering increase its enrollment.

Mason said recruitment as well as retention factor into the increasing enrollment.

Wilson said the problems caused by higher enrollment are “justifications for why the College of Engineering needs more selective enrollment, not a bigger fee.”

“We do not want to become like KU where you have to have a 28 ACT to enroll in the computer science department,” DeLoach said. “We think as our mission as a land-grant institution, we would rather you pay a little bit more in student loans but be able to pursue the degree that you want to pursue.”

DeLoach also said engineering students will be investing in themselves with the fee increase.

For the Libraries fee, several committee members said they did not see the immediate need for the money and thought the goals were vague.

For the Academic Building Support Fee, several committee members said they did not think it was appropriate for all students to pay a fee that would go toward the College of Business Administration building.

After rejecting the Academic Building Support Fee proposal, the committee discussed other means for the university to raise the necessary funds. Two of the options discussed included an addition 0.5 percent increase in tuition and an additional $20 per-credit-hour fee for business students. Instead of making a recommendation on what option university administrators should pursue, the committee decided to let next year’s committee make the decision.