Some students may believe four years is normal when trying to earn a bachelor’s degree, but that is not always the case.

Only 36 percent of students completing a bachelor’s degree at a large, well-known state university actually graduate in that four-year time frame, according to a study done by Complete College America titled “Four-Year Myth.”

Fifth-year students may have a different experience fom other undergraduates.

One hurdle some fifth-year students face is a motivation slump.

“I am, at this point, just exhausted,” Alex Neises, fifth-year senior in computer science, said. “I was really motivated during my fourth year, but once I realized I had to stay around another year, I just got tired.”

A contributing factor to this motivation slump is the knowledge that the real world is waiting just around the corner.

“I have begun to realize that while the work we do during our time at K-State, all the activities, work experience and classes, are important and vital to success, at a certain point you realize that no one is really going to care about those things in three months,” Kurt Lockwood, fifth-year senior in agricultural economics, said.

Lockwood said he is both terrified and excited about life after May.

“Life is going to change completely come May, but it is important to transition, and transition well, onto the next stage of life,” Lockwood said. “I have been doing my best to really live in the moment as graduation nears. I am so over my classes. I have skipped now more than I have ever skipped and settled for grades I know I could be doing better at. I think it is knowing that all that matters is that I walk across the stage and get that expensive paper.”

More time at K-State means some fifth-year students might have a different perspective from others.

Wilkerson said his experiences at K-State, especially with the organizations he is involved in, have made him think differently about changes than underclassmen might.

“This perspective is both good and bad,” Wilkerson said. “Good in regards that I understand how change will impact the trajectory of the organization. That allows me to be a voice of reason or source of knowledge coming from the body of any organization. However, it can also damper the mood because I’m not as gung-ho about new ideas if they aren’t based on past successes.”

Abby Works, fifth-year senior in chemistry, said she has also seen this shifting perspective through her involvement in student organizations.

“By the time your fifth year rolls around, you have already carved out your path at K-State, found your group of friends and joined the organizations you are passionate about,” Works said. “For most of my fellow fifth-years, we have all stepped away from all of our leadership positions, which gives us an interesting perspective.”

Works said time with the organizations will not last forever.

“I’ve learned that the organizations that I have dedicated so much time and energy to continue to function and improve regardless of if I am involved or not,” Works said. “You begin to realize that while you did impact the organization and its members, someone else comes along to replace you and does their own thing with the position. The transition to being a fifth year is a lot about letting go of the control you once had and allowing the younger members at K-State to take over.”

Some people might notice an age gap between the fifth-year seniors and younger students.

“When you realize you are about to turn 23 and some classmates haven’t even turned 18 yet, that is when you know it is time to move on,” Lockwood said.

Wilkerson said these changes also change the dynamics of the relationships he has.

“That’s resulted in two things: I’ve become much closer to my advisers, and I’ve spent a significant amount of time with people younger than me,” Wilkerson said. “It’s not uncommon for me to hang out with a bunch of freshmen or sophomores because they are most excited about seeking out mentors and older people to guide them.”

The fifth year can also be accompanied by unexpected free time for some seniors. If all graduation requirements were not met in the first four years, the students may have only a few left to fill.

“(The fifth year) is definitely easier,” Neises said. “I had no idea what to expect during my first year of classes. Once I hit my fifth year, I knew what to expect, and I didn’t have anywhere near as many classes to take as I did my first semester. My fifth year is just finishing up some classes I wasn’t able to finish in previous years, so I am only taking two courses.”

Works said the extra time fifth-year seniors have is spent making the most of every opportunity.

“One of the best parts of being a fifth year is the amount of free time we have,” Works said. “Going to the ‘Ville has become a new hobby for a lot of us, and I have also attended more free events this year than all my other years at K-State combined. (Your) fifth year is about making the most of your extra year on campus.”

Works said one final confession is that if a fifth year seems very prepared and put together, it is probably an illusion.

“A lot of people have told me, ‘You are so put together and have a great plan after May. You must be so excited,’” Works said. “While it might look like we have our stuff together, most of us are just faking it.”

Works said many fifth-year students have plans for after graduation, but they are not always confident in those plans. Students can do a variety of things after getting their bachelor’s degree, including getting a job, going on to graduate school or traveling.

“My fifth year has been one of my favorite years to date,” Works said. “Spending an extra year at K-State has given me the chance to do all the things in Manhattan and at K-State that I never had time to do in the past. Additionally, I’ve been able to focus and invest in people and form new friendships, which has been incredibly rewarding.” 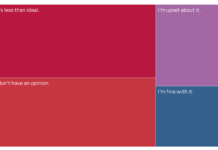 Twitter Poll: What are your thoughts on the graduation dates for 2020 graduates? 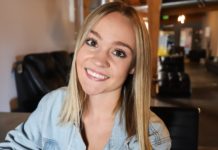 Senior says she’s ‘disappointed’, but understands why university had to change...