“He always wanted to be a teacher and his wishes can still be fulfilled. We can educate and give people knowledge about what is going on so that maybe it will save a life or save a family from going through what we’ve been through.”

Around 11 a.m. on April 2, K-State campus police were notified of a possible deceased person in a vehicle in a parking lot on Manhattan’s campus. Upon further investigation, police identified the male as Jacob Horton, freshman in education, who died of an apparent self-inflicted gunshot wound.

Jacob, of Leavenworth, Kansas, was 26 years old when he died, leaving behind his parents, John and Nancy Horton, and four siblings. Because he served in the U.S. Army on multiple tours in Korea and Afghanistan, he had many other brothers. Jacob was out of the service for only a few months before he enrolled in the flight program at K-State Polytechnic, then K-State Salina.

Similarly, Sarah Byarlay, junior in English and secondary education, served in the U.S. Navy and was in the states for only two months before she threw herself “back into the public” and started attending classes at K-State Polytechnic, where she met Jacob.

“When I started going to class at K-State Salina, they did not have an active veteran’s organization at all,” Byarlay said. “There was no peer groups, no help, no one to turn to, no one to talk to, and having just literally come from deployment, that was kind of rough.”

Byarlay then formed the Student Veterans Association at K-State Salina, she said.

“You don’t realize how much you need somebody until you come back and you feel like there’s nobody around you that gets it,” Byarlay said. “Nobody knows what you went through. Nobody knows who you are and what you’re capable of, and that was really evident when I came back and there was nobody to talk to.”

Byarlay said Jacob was very active in the association, and then both of them became members of the Manhattan campus’ Veteran Student Organization when they transferred this academic year.

“He was standing right next to us everywhere we went, talking to everyone we talked to, ‘I’m here for you, if you need anything I know what you’re going through,’” Byarlay said. “He was the person that people would go to and talk to and hang out with.”

“It was a huge shock to our community when Jake took his life because he was one of those people,” Byarlay said.

According to Military Suicide Prevention’s website, 22 veterans and one active-duty solider take their own lives each day due to reasons related to post-traumatic stress disorder.

“Twenty-two veterans and one active duty member commit suicide every day, that has been discussed,” Byarlay said. “The numbers are changing, but the fact of the matter is they’re just numbers. Jake’s not just a number.”

Some signs and symptoms of PTSD include negative changes in beliefs, feelings and relationships with others, according to the U.S. Department of Veterans Affairs National Center for PTSD’s website.

“It’s a very sneaky thing,” John, Jacob’s father, said. “From our experience, you’re not going to see a lot of signs and symptoms.”

Jacob was a happy go-getter who enjoyed talking with people and teaching, his parents said.

“He didn’t show any kind of depression that we thought was abnormal,” Nancy, Jacob’s mother, said. “We knew he suffered from nightmares, but he seemed to be able to handle it.”

Part of the issue, Nancy said, is society’s failure to successfully integrate soldiers back into society.

“These guys don’t fit in with these college kids, they don’t share the same experience, they feel like nobody understands,” Nancy said. “I know Jacob tried hard to fit in, and yet, it’s like fitting a square peg into a circle — it just doesn’t work.”

Another part is the way the military is designed.

“An oath is an oath to a soldier, regardless of what branch they’re in,” Nancy said. “There’s just certain things they’ll never talk about, and it’s kind of like a trap in a way when they suffer like they do and they do the act that Jacob did.”

After Jacob’s death, his parents began reaching out to organizations to help tell their story to educate and help other soldiers.

“You have to do what you can and we believe as Christians that we’re here to help other people, and our experience is what does that,” Nancy said. “We feel like we have to do something. We just can’t let it be.”

Jacob’s parents said they will fulfill his wish of being a teacher.

“If we can make a difference that way, then Jacob has pointed us in the right direction, and that would be something he would want done,” John said.

Byarlay, who was diagnosed with PTSD two years ago, said she wants to emphasize the relevance of suicide awareness.

“Jake was a helpful person,” Byarlay said. “He reached out and he touched lives, so now it’s time that we do the same.” 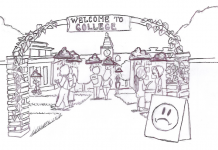 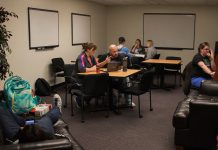 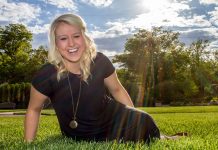