My friends and I can’t stop playing “Overwatch.” The other night, one of them asked if I wanted to play another round (we had just spent all night playing) and I replied that I would be down – but what was the time? I looked at the clock. It was 6 a.m. I went to bed after deciding sleep was probably a good thing, the “Overwatch” theme song playing on a loop in my head.

“Overwatch” is the first-person shooter from game developer Blizzard Entertainment (makers of “World of Warcraft,” “Diablo” and “Hearthstone,” among other games), but you wouldn’t be able to tell that by playing “Overwatch.” Simply put, “Overwatch” is one of the best multiplayer shooters I’ve played in quite some time.

Perhaps the most immediately striking thing you’ll notice when you first see or play “Overwatch” is its colorful, exaggerated art style. It’s easy to draw comparisons to Pixar, because the characters and world of “Overwatch” look like they’ve been ripped straight out of some bizarre Pixar film. This isn’t to say that the art style isn’t unique – it certainly has it’s own style – but I can’t help but feel the animation studio’s classic films were a big inspiration for Blizzard.

I think the art style does the game a great service, too. With 21 playable characters (and more coming in the future), the game needs them to look as distinct and unique from one another as possible. The exaggerated style serves a purpose beyond aesthetics – you need to be able to quickly recognize who’s who in the middle of the fast-paced, chaotic gameplay.

As a competitive first-person shooter, “Overwatch” has a lot of twitch or skill-based play. That being said, if you aren’t good at those types of games, you shouldn’t let that deter you.

“Overwatch” has a lot of characters that don’t play like a typical shooter, and it’s clear Blizzard has designed the game to both be accessible to a wide audience as well as competitive for the hardcore – a difficult feat to pull off, but something “Overwatch” does quite well.

Each character (or “Hero” as the game calls them) plays entirely different from one another. Different heroes come with weapons and abilities – two “regular” abilities that can be used more often, and a powerful “ultimate” ability that needs to be charge up first – that are unique to that character.

Every hero also fits into a certain role – offense, defense, tank (a gaming term for a character that mitigates damage for the rest of the team, not the military vehicle) or support.

However, within those roles, heroes have their own strengths and weaknesses, which adds a strategic layer of picking and counter-picking heroes, similar to games like “Dota 2” and “League of Legends.”

Picking a well-balanced team that covers its own weaknesses while exploiting the enemy teams’ is important in “Overwatch,” especially if you want to play competitively.

However, a well-organized team can still perform well with lots of communication and strategy. My friends and I have played plenty of games where we all picked the same hero (as more of a joke than legitimate strategy) and won handily, though we also lost plenty doing that as well.

Heroes also require varying skill levels to play effectively. For example, the hero Lucio – a DJ with songs that either heal or speed up his teammates – is effective by just staying near his team, while cyborg ninja Genji is incredibly versatile and powerful but requires a skilled player that knows the map and all it’s different routes to truly be useful.

Furthermore, a character being easy doesn’t mean they’ll be boring for skilled players. The hero Pharah is equipped with a rocket launcher and a jetpack allowing players to attack from far away at relatively safe distances.

However, a skilled Pharah player will play much more aggressively, using the jetpack to scout out, manipulate and confuse the enemy team, as well as work with their own team to set up devastating rocket barrages.

One of my favorite moments in the game involved a teammate using an ability that pulled the enemy team into one location while I unleashed Pharah’s ultimate – a potent salvo of missiles – at them, eliminating the enemy team and allowing us to take an objective undeterred.

This is one of many examples of the way heroes in “Overwatch” can combo their abilities together to set up really cool and effective plays. It requires communication and teamwork, but it’s intensely satisfying to pull off.

“Overwatch” even highlights moments like this at the end of the match with a short “Play of the Game” clip. It’s a fantastic idea, showing all the players a cool or pivotal moment of the game, and it feels great when you’re the one who gets it.

That being said, I think the “Play of the Game” system could use some tweaking. Support characters rarely get the play of the game, since they’re generally less effective at getting big multi-kills, even if those characters are making plays that are giving their teams the win.

In addition to the moment-to-moment gameplay (which is fantastic in “Overwatch”), another vital component of a good multiplayer first-person shooter is good maps to play on. The maps that are in “Overwatch” are incredibly well-designed for the most part. Each map has multiple routes for flanking, a good amount of verticality, and a mix of chokepoints, tight corridors and wide open spaces with long sightlines.

I have yet to get bored of playing any of the maps in “Overwatch,” though I do wish the game had more. This is indicative of my biggest issue with “Overwatch,” which is that it feels just a little light on content. The game is amazing, I just wish there was more of it. I imagine my complaints will be answered in time though, as Blizzard has stated that all future maps and heroes will be released free of charge.

“Overwatch” lacks any sort of single-player component, and though I understand that’s not the game Blizzard set out to make, I think the game would benefit from maybe having some sort of story component, such as short single-player missions that would give a little bit of story for the different characters and teach players how to use their weapons and abilities most effectively.

As it stands, though, some of the most fun I’ve had playing a multiplayer shooter in years has been in “Overwatch,” and I’m sure I’ll be playing it for years to come. I give “Overwatch” five out of five stars. 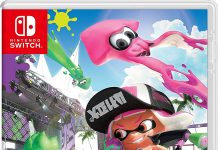