After 126 years of business, Varney’s Book Store announced it would be closing all locations by June 30.

The news came in a letter written by Varney’s owner Jon Levin and published in the Manhattan Mercury. In the letter, Levin thanked customers and employees for their contributions over the years.

He also addressed the Manhattan community in the letter, which reads, “Manhattan is a great place and we still hold an optimistic view of the region’s future. We see many positive things happening here. As individuals, we look forward to helping with that vision for both Manhattan and K-State.”

According to Jon’s son Steve Levin, Varney’s revenue has declined 80 percent in the last three to four years. He cited the loss of the K-State Union Bookstore contract as a contributing factor, as well as competition from textbook rental and sales from companies like Amazon and Chegg.

“This is something we’ve kind of been planning for – we saw the writing on the wall,” Steve said. “When I had to talk to people outside of the store and say, ‘This is happening’… to say it out verbally was difficult.”

The store’s closure also brings difficulty to K-State students that were Varney’s customers, such as Sarah Kershner. Kershner, a graduate student in architecture, explained that architecture students are often required to draft plans and construct handmade models for their courses. According to Kershner, the supplies and materials for these projects were typically purchased at Varney’s.

“We shopped there all the time, especially when it was in the Union,” Kershner said. “We didn’t like the way the new store was organized and laid out. The selection wasn’t as good, and the staff seemed less knowledgeable.”

Despite architecture classes being in Seaton Hall, right next to the Union, Kershner said Varney’s was still the place to go, regardless of convenience.

“We would specifically drive down to Varney’s in Aggieville for their selection and layout.”

Kershner said that some architecture supplies are hard to find in other stores.

“Varney’s catered to architects because they were local and connected to K-State,” Kershner said. “They knew what we needed, and they were the only place in town that had certain supplies.”

Now that Varney’s is closing, Kershner said that she doesn’t know where she or her friends will go.

“It’s going to be much more difficult to find supplies. Our choices right now look like they’re (the) Campus Bookstore or Hobby Lobby, and neither of those places stock everything we need.” 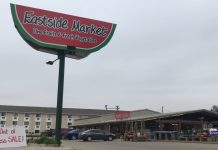 Channel 8: Local produce markets closing after four decades of service to the community 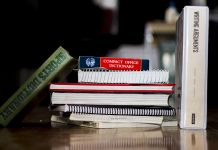 OPINION: There’s a monopoly on textbooks in Manhattan, and K-State controls it