In a society where looks are everything and nice bronze skin means you are in good health, any barrier to achieving such perfection is bound to have backlash. This is especially true when the Kansas government regulates another popular teen activity, leaving people under the age of 18 with the short end of the stick

Much like minors’ restrictions from tobacco and alcohol, Kansas legislators have found it to be their duty to protect the health and safety of its youngest citizens when it comes to indoor tanning.

In May Gov. Sam Brownback signed a bill that bans, anyone under the age of 18 from using tanning salons starting July 1, according to John Hanna and Melissa Hellmann’s KSNT article, “New Kansas laws deal with pot penalties, abortion, tanning.”

The harmful effects that have been said to come with the use of tanning beds is no secret to anyone, especially when it comes to teens.

“Teens are at special risk because their bodies are undergoing such accelerated growth rates that their cells are more prone to the damage of the UV radiation,” according to Susan Evans’ Dr. Oz article, “The dangers of tanning beds.”

Starting the habit of routinely tanning at a young age puts teens at a higher risk of developing skin cancer, Evans said.

Although the harmful effects of tanning are widely known, Golden Tan salon owner Paulette Beckley said 20 percent of her clientele is under the age of 18, according to Dave D’Marko’s Fox 4 KC article, “Kansas on cusp of banning teens under the age of 18 from tanning beds.”

Yes, tanning is dangerous, but allowing the government to regulate another activity opens up the debate of a “big government,” and makes a decision for minors that their parent’s should be making, according to Rep. Dick Jones, a Topeka Republican in Megan Hart’s Kansas Health Institute article, “Committee advances tanning restrictions despite ‘big government’ concerns.”

“We shouldn’t be jumping in the middle of families making decisions for themselves and their children,” Jones said.

Currently, the only requirement for minors to be able to tan is a parent signature, but with the new law even a parent’s signature won’t be the golden ticket they need to tan.

This signature, I believe, is an important step for many parents and children that will be taken away by the new law.

Now, don’t get my wrong, I think indoor tanning has its negative side-effects, but I do not think it is the government’s position to involve themselves in a private matter such as this.

The conversation between a parent and their child about the dangers of tanning is a valuable one that would be better heard coming from their parents than a law. Once the law is put in place it takes away the need to have the decision, or at least puts it off two more years.

“We have a world-class oncologist — cancer doctor — saying this kills children,” he said. “The good of tanning never outweighs the risk of cancer,” Rep. Jim Ward, a Wichita Democrat, said in Hart’s Kansas Health Institute article.

It is clear the controversy is no longer over whether tanning is good or bad for you, like Ward said, the pros of tanning will never outweigh the cons. These cons, however, should be explained to children by their parents rather than be regulated by a law. 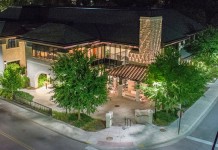 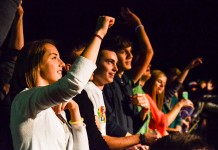