That title can be translated into the world of sports, as the city of Cleveland finally gets to celebrate a title in a major pro sport after the Cavaliers won the 2016 NBA title. So who’s the next deserving team or city that needs to feel joy?

Well, I’ve put together five teams that are the most deserving of winning a title. The teams or their respective cities don’t have the longest droughts, but are the most deserving, so I apologize in advance to the Buffalo Bills and Minnesota Vikings – I don’t care enough about your franchises to grant you happiness.

I know, you’re going to start complaining, but for the sport of soccer to take off in the U.S., it needs the USMNT to win a major title and it has to be the holy grail of soccer: the World Cup. The U.S. women’s team has won three World Cups, but the sport hasn’t taken off. A World Cup win by the men’s team would set the rest of the soccer world on its ear and finally bring some respect to a still young, soccer-loving country.

This may come off as a “homer” pick but if you think about it, it makes sense. With all the success that K-State has had on the basketball court, football field and baseball field, none of those teams have won a championship. A title in men’s or women’s basketball, football or baseball would give a starving fan base a title it has long deserved.

K-State is the only team in the Big 12 that does not have have a team title in those respective sports. Just think about it: Jan. 9, 2017 in Tampa, Florida. K-State goes from “Futility U” to national champions. Here’s some Kleenex, you’re gonna need it.

The three most important things in Canada are pride in country, maple syrup and hockey. The most important prize in hockey is the Stanley Cup, and no Canadian team has lifted Lord Stanley since 1993 when the Montreal Canadiens the NHL’s grand prize. Since then, teams from “hockey hotbeds” such as Anaheim, Los Angeles, Tampa Bay and North Carolina have all raised cups, while Canada has had to sit back and watch. The night a Canadian team wins the cup, we may see a birth rate spike north of the border nine months after.

Once again, this comes off as a “homer” pick… but it makes sense. Since the 1960s, the Kansas City Chiefs have been one of the bedrock franchises in the NFL, even dating back to its days in the AFL. The Chiefs won the last Super Bowl before the AFL-NFL merger of 1970, and haven’t been back to the Super Bowl since. Although they’ve come close, they’ve fallen short plenty of times. After seeing their next-door neighbors, the Kansas City Royals, win the 2015 World Series, the Chiefs were put squarely on the clock to end their lengthy title drought.

Of course, it’s the Chicago Cubs. The lovable losers have become THE franchise in all of American sports that has the title of “most cursed” franchise. Although this isn’t about who’s the most cursed, this fan base is most deserving. The Cubs have a worldwide appeal and some of the most loyal fans every season, and this season might be their best chance to reach the franchise’s first World Series since 1945. By the end of October, the Cubs may finally break their longstanding curse and win the franchise’s first world championship since 1908. Once again, Kleenexes may be needed. 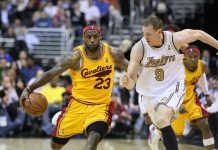 What to watch: NFL Week 8 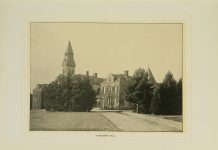