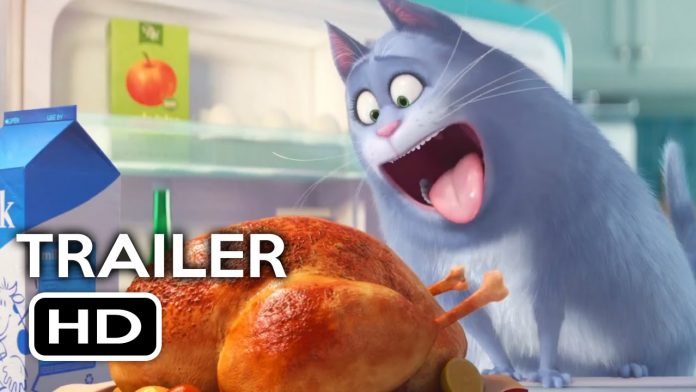 I walked into the the theater to watch “The Secret Life of Pets” without knowing anything about the plot beyond having seen the official trailer, and the first few minutes almost exactly mirrored the trailer. The children’s movie initially gave me the impression that the entire movie would be predictable and boring, but despite having many familiar themes throughout, there were a few surprises sprinkled in as well.

The movie’s plot started out in a fairly standard fashion: a dog named Max lives a perfect life with his owner, Katie, but his world is changed dramatically when she adopts another dog, Duke, who disrupts Max’s comfortable life. The two don’t get along at first and through a series of hijinks end up lost in New York City and have to find their way home.

This movie included a lot of pet-based stereotypes such as aloof, rude and crazy cats and hyperactive but extremely loyal dogs, which wasn’t inherently a bad thing, but it gets tiresome after watching countless movies that have pets as protagonists. Some attempts to flip stereotypes around, such as having one of the antagonists being a hyper-aggressive abandoned bunny, went against the typical cliches but seemed almost over-the-top at times.

Despite having a storyline that at its bare bones is a tale of two characters not getting along at first but all ending well, there were some surprisingly dramatic moments including a death scene that seemed a bit grisly for a kids’ movie, various tragic backstories and a rather tense climax.

If the story was lacking in any way – and the intended audience of young children in the theater certainly seemed to enjoy it – the bright and engaging animation combines with a lovely score to make watching the film pleasant in itself. The soundtrack, which includes an instrumental score with a “vibrant new pop sound of Carnival” combined with songs from varied artists such Taylor Swift, System of a Down and Pitbull make for a fun and entertaining experience for lovers of different music genres.

“The Secret Life of Pets” was not as predictable as I thought it would be and was entertaining throughout. If I have any actual complaints it’s the inexplicable inclusion of minions both as the subject of the preceding short film and having a couple cameos throughout, but overall it was a fun movie that could be enjoyed by viewers of any age.