If you’ve seen groups of people wandering around town, standing still on sidewalks or street corners and staring at their phones, there is a good chance they were playing “Pokémon GO.”

Released just one week ago, “Pokémon GO” is a new mobile app from software developer Niantic. It is an augmented-reality game designed to get players to go out, search for and capture creatures from the popular Japanese cartoon series “Pokémon.”

“Pokémon GO” is currently the top-grossing app on both Apple and Android app stores. According to an article from The Wall Street Journal, “Pokemon-Chasing Investors Send Nintendo Shares Soaring,” the Japanese gaming company’s stock rose 25 percent following the release of “Pokémon GO.” The article also said the app is generating a daily revenue of roughly $1.6 million.

Ben and Rachel Motley, owners of Arrow Coffee Co., tapped away at their phones along with fellow “Pokémon GO” players in Manhattan City Park. They had heard of the app through the Internet and some of their employees at Arrow. For them, the active and social nature of “Pokémon GO” is what keeps them playing.

“Last night, a group of 10 of us got together and walked all over city park and went out to the marina and cemetery,” Rachel said. “It was just fun to go out and do that.”

Due to the app’s popularity, she said running into other “Pokémon GO” players wasn’t uncommon. According to Ben, they are looking at how “Pokémon GO” can be used to engage with the community.

“We’ve been talking as a staff about ways that we can reach out to the community through the app, by hosting parties and things like that,” he said.

As “Pokémon GO” players build up their collection of Pokémon, they can join different teams and capture landmarks known as “Gyms” for their chosen team. Players on the other teams can attempt to take Gyms for their own team, resulting in an ever-shifting battle for ownership.

In addition to Gyms, players can visit “PokéStops.” Often found near local landmarks or buildings, PokéStops give the player in-game items for visiting them. Players can also put lures on PokéStops, which attract Pokémon to that location for a set amount of time. Like the titular virtual creatures, “Pokémon GO” players also flock to PokéStops with active lures, hoping to catch something new for their collection.

One such PokéStop is located inside Fuzzy’s Taco Shop in Aggieville. Taylor Boyle, a manager at Fuzzy’s, said the app was bringing in customers.

“Fuzzy’s being a PokéStop has drastically affected our business,” Boyle said. “Whenever there’s a lure going here, we see an influx of business. Nine out of 10 of people coming in will be playing ‘Pokémon GO.'”

Boyle said that Sunday night, which is typically a slower night at Fuzzy’s, the staff was playing “Pokémon GO.” They put a lure on the PokéStops inside Fuzzy’s, trying to catch some Pokémon. For the next two hours, people came to the restaurant to play, even setting up their own lures after the one set by Fuzzy’s staff expired.

Starting this week, Boyle said the restaurant will have lures running at their Pokémon on Wednesdays and Sundays from 8-10 p.m., in an effort to bring in more customers and connect with them through “Pokémon GO.”

Visit Sunset Zoo for #PokemonGO! 11 pokestops, 1 gym & wild pokemon…plus I think there are even some #Zoo animals. pic.twitter.com/WZP6dSTMT3

Other businesses around Manhattan are tapping into the success of “Pokémon GO,” too. Sunset Zoo tweeted that from July 15 to Aug. 21, it would be offering $1 off admission price after 1 p.m. to “GO” players. Kite’s Grille and Bar in Aggieville, which is also a Pokémon Gym, tweeted an invite for “GO” players to come in for discounted wings and beer.’

Stop in for our 50¢ wings and #CatchEmAll in our Pokemon Gym! Plus $5 Bud Light pitchers til 8! #PokemonGO #MeetYourFriends

Working in the ‘Ville: Students struggle to make ends meet after losing jobs

Half of Aggieville businesses are closed, others maintain limited business model 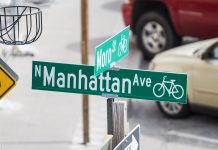