As the 2016 version of Big 12 Media Days wound down, the Big 12 conference decided to drop a big story in its wake.

University of Oklahoma president and the Big 12’s board of directors chairman David Boren, along with commissioner Bob Bowlsby, announced via a teleconference on Tuesday that the Big 12 is looking to expand. Yes, “conference realignment” is back.

“As Commissioner Bowlsby has already said, we also had a discussion of the future makeup of the conference going forward … the entire structural issues for the conference, how to make the conference stronger,” Boren said. “A number of universities, as you well know, have contacted the Big 12 to express interest in our conference.”

This came as a surprise to many who thought the conference would not expand after previous meetings did not show any promise of expansion.

Now, here we are again. The Big 12 and conference expansion.

This comes off the heels of the Atlantic Coast Conference, a fellow “Power Five” conference, announcing that it would create its own network. This move may have been the motivation behind the Big 12 deciding to move forward with expansion.

“We have reports from our two groups of consultants that have been working with us in terms of evaluating the interest of other schools and also those that have been giving us advice as to our media relationships and the media contracts going forward,” Boren said.

On July 18, the ACC and ESPN agreed to a TV deal that would result in the conference getting its own network by 2019.

“Something has been agreed to with the ACC, we don’t know all the details at this point, but it indicates that we live in a very fast‑changing world, (the) situation is changing quickly,” Boren said. “New technologies are being adapted and the reports on the ACC indicate some exploration of new platforms as well.”

Although there is no timetable for the expansion, Bowlsby explained there is a process in vetting potential schools. Some have already expressed interest, like Cincinnati, who’s been more than open to joining the new conference.

“It will be an ongoing process,” Bowlsby said. “We’re just finished with the meeting, and I don’t know that I’m prepared to put a time frame on it right now. But we intend to be active very soon. We have been contacted by a number of institutions, and my guess is that after this news breaks, we’ll be contacted by them again.”

Schools like Brigham Young University and the University of Connecticut, along with Central and South Florida, have been long rumored to join the Big 12, if they were to expand.

“There likely will be a two‑stage process of some sort that will involve some preliminary work, and then a secondary process as well that gets into a little more of a fact‑finding but also perhaps even a negotiation stage,” Bowlsby said.

While it has previously struggled to gain a foothold, once again the Big 12 has an opportunity to be one of the strongest conferences in the U.S. Bowlsby gave some insight on what types of schools he’s looking for.

“I would say that we are looking for members that will grow over time as we grow,” Bowlsby said. “That will bring stability to the conference and … will benefit from an affiliation with the schools that are currently in our conference. And I think those that will — you know, they’re going to join a family. And it’s important that they strengthen the family and we strengthen them.” 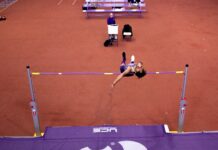 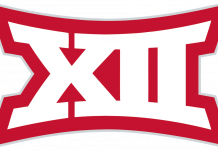