The 2016 Olympic Games in Rio are only a week away and the closer it gets to the opening ceremonies, the more doubts there are about the safety of the athletes and how prepared Rio is to host the games.

Yet despite constant construction, serious environmental issues, as well as the major economic and political crisis Brazil has been going through this year, the country is still set to host the 2016 Summer Games.

On June 17, fewer than 50 days before the opening ceremonies, Rio’s government declared that it was in a “state of public calamity,” according to Vanessa Barbara’s New York Times article, “Brazil’s Olympic catastrophe.” The article pushed further, suggesting that Rio’s financial crisis could potentially lead to a collapse in public security, health, education, transportation and control of the environment.

I have visited Rio de Janeiro several times and it is not surprising to me that it is in the state that it is.

Colin Ward-Henninger’s CBS Sports article, “Here’s a list of all the issues surrounding the 2016 Rio Olympics,” details the following as current problems in Rio:

In my opinion, this list is far too long as Rio is nearing the home stretch of preparation, and the biggest problem of all is the lack of safety.

“Two members of the Australian Paralympic team were robbed,” Ward-Henninger said in his article. “A New Zealand athlete was reportedly kidnapped and robbed by police. Human body parts washed up on shore near one of the beach volleyball sites.”

This is the place countries are supposed to send their greatest athletes?

If public safety isn’t a good enough reason for the country to admit they do not have proper conditions to host the games, you would think the likelihood of athletes and spectators getting the Zika virus would be.

An open statement written by 150 prominent doctors, bioethicists and scientists from different countries asked for the Olympics to take place somewhere else or be postponed because of this virus, according to Barbara’s New York Times article. Concerns about the virus ultimately led the world’s No. 1 ranked golfer Jason Day to withdraw from the competition, according to Robby Kalland’s CBS Sports article, “World No. 1 Jason Day pulls out of Rio Olympics, cites Zika virus concerns.”

Although the Zika virus is not something the state of Rio de Janeiro can control, there are other problems that could have been prevented, the biggest one being contaminated waterways.

“Now, the AP’s most recent tests since August show not only no improvement in water quality — but that the water is even more widely contaminated than previously known,” according to Brad Brooks’ The Huffington Post article, “AP: Sewage-infested waters in Rio place Olympic athletes at risk.”

Despite Rio winning the right to host the 2016 Olympic Games by making an extensive bid document promising to clean up the city’s waterways by improving sewage sanitation, the water is still in terrible condition and will be potentially harmful to the athletes come August, Brooks’ article said.

Seemingly, that should be enough reason to change the location or the timing of the Olympics, but there is still more to take into account.

“Upon moving into the Olympic Village, several countries complained that the dorms were in unsatisfactory condition,” Ward-Henninger said. “Australia went as far as to send over 700 athletes to stay in hotels while repairs were made.”

To top off the already disastrous cake, the metro lines that were being constructed specifically to accommodate for the influx of traffic during the games are not going to be completed for the opening ceremony, according to Ward-Henninger.

Consequently, you would think these games are a complete mess before even starting, but I guess we all have to hope this great city does not collapse in the next month and that the Olympics will end up being a success. 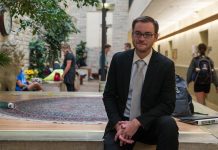