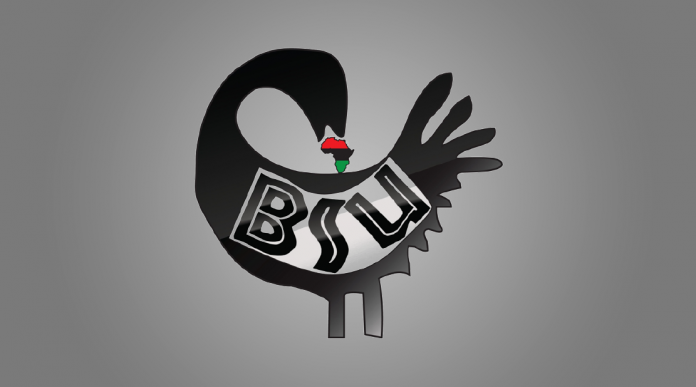 Several hands raised into the air at the Black Student Union meeting Tuesday night as Bryon Williams, assistant director of New Student Services and BSU adviser, asked for a count of freshmen in the room.

Williams looked out among the roughly 100 students who showed up for the organization’s first meeting of the semester to share a disturbing statistic.

“My goal is to keep every single one of those hands up and be in the room next year,” Williams said.

Although Kansas State has the highest freshmen retention rate among universities in the state at 84 percent, it is at 64 percent among black students.

While black students at K-State still hold the highest retention rate in Kansas, those who get involved with the BSU have a 90 percent retention rate, according to Williams.

“Our students come back to school who are part of this organization,” Williams said. “Now I hate to see what happens to students who don’t come if we’re keeping all our students here. So we’re doing something right here. We need to bring more people with us.”

Bryan Davis, BSU president and junior in business administration, said the group hopes to continue and strengthen the academic success of its members over the school year.

“We have to study, work hard and invest in our culture,” Davis said.

Among the projects the BSU is working on this year are study groups, voter registration drives, My Black is Beautiful Week and advancement of the proposed $17 million Multicultural Student Center.

A million dollars has already been raised for building plans and purchase of the land for the student center. Jessica Elmore, assistant director of diversity programs in the K-State Alumni Association, said the process started last year due to the combined effort of the BSU, the K-State Foundation and former K-State President Kirk Schulz.

“Some people don’t think it’s going to happen because in our industry, they don’t really raise a lot of money for multicultural buildings,” Elmore said. “We are the only school in the Big 12 that does not have a Multicultural Student Center. It is just overdue time. We have a past commitment from our past president and just because he is gone does not mean that dream is gone.”

The BSU holds meetings every Tuesday at 7 p.m. in room 227 of the K-State Student Union.