A week after the first win in program history, the Kansas State Wildcats’ soccer team heads to Omaha, Nebraska, for matches five and six of their season-opening eight-game road trip.

The Wildcats (1-2-1) start the weekend against the Creighton Bluejays (2-1-1). The game will feature two of NCAA Women’s soccer’s top 100 offenses.

The Bluejays are tied for 37th nationally in goals per game this season, averaging 2.5 per game through four games.

Though neither goalkeeper who has started for the Bluejays has recorded a shutout this season, the team’s offense has kept them in games, particularly in the first halves, when they have outscored opponents 4-1 so far this year, outshooting their opponents 28-14.

This is a team that wins and loses by the feet of their offense.

The Wildcats enter the game tied for 99th, averaging 1.75 goals per game through the same amount of games, almost a whole goal less than the Bluejays tend to score.

Their goaltending however has been stellar.

Junior goalkeeper Miranda Larkin, who is expected to start, has been perfect. She has allowed zero goals in the two games, making 11 saves in 200 minutes of action.

With her two shutouts, Larkin also ranks 12th in the nation in the statistic.

The Wildcats play the Bluejays at 7 p.m. tonight at Morrison Stadium in Omaha, Nebraska. The game will be broadcast free online by Jays Video. KStateSports.com will provide a link to broadcast.

Sunday against University of Nebraska at Omaha

Then, at noon on Sunday, the Wildcats head to Caniglia Field to take on the University of Nebraska at Omaha Mavericks, who are 2-1-0 this season.

The Mavericks have made every goal count this year.

Though they have been outshot by opponents 45-28, they have outscored opponents 5-3 through three games this season.

This compares to the way the Wildcats have been outshot by their opponents 61-39 but have outscored opponents 7-5 through four games this year.

Though like the Wildcats, the Mavericks have had outstanding goaltending.

Redshirt senior goalkeeper Haley Shelton was recognized as the Summit League Defensive Player of the Week in week one of play after making eight saves in the team’s 2-0 win against University of Missouri at Kansas City on Aug. 19.

She has continued her strong play since, allowing only two goals on 26 shots faced, and making 14 saves, recording one shutout.

With both teams having been outshot this season so far, and each taking advantage of good goalkeeping, something will have to give on Sunday.

Sunday’s game will be broadcast through a link on kstatesports.com but will require a paid subscription to view.

Both games will be broadcast on the radio for free. 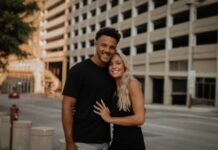 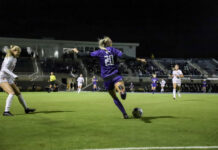