The Olympic spark for Bryan Pinkall, assistant professor of music, was lit when he was sitting in his grandparent’s living room as a child. Pinkall said he was mesmerized by the 1992 Summer Olympics’ opening ceremony in Barcelona, Spain, where the cauldron inside the stadium was lit by a flaming arrow shot from outside the stadium.

“The spectacle blew my mind, as a little kid,” Pinkall said. “Ever since then I’ve been really fascinated with the Olympics.”

Pinkall traded in his office in Kansas to take on the role of assistant manager of protocol for the 2016 Summer Olympics in Rio de Janeiro.

Pinkall said he oversaw protocol segments, which are anything required by the International Olympic Committee, like anthems, the parade of nations, oaths, and flag raising.

Having just graduated from the UMKC with his doctorate, Pinkall was jobless and applying for a variety of opportunities, one of which was an opportunity to work for the Olympics in Sochi, Russia.

Pinkall said his application was followed by a couple years of interviews and testing before he was offered the opportunity.

“I did it in Sochi, so I thought I would give Rio a try,” Pinkall said. “So I applied and did all those things again.”

Pinkall’s success has had an impact on Kansas State, as well as his students, Talia Falcon, senior in music education, said.

“Dr. Pinkall is a graduate of K-State, and I think his work ethic is a direct reflection of how the K-State School of Music, Theater and Dance teaches and prepares their students,” Falcon said.

Not only are Pinkall’s successes inspiring, but for students from Kansas to see Pinkall, someone born and raised in Kansas, getting to this point in his career helps bring a different perspective to his teaching, Falcon said.

Not only did the Barcelona opening ceremony start his fascination with the Olympics, Pinkall said it also helped him find his passion for the opera.

Pinkall said the opera was integrated into the Barcelona Olympics as well as the opening ceremony in Atlanta, Georgia, where one whole artistic moment was composed of an opera, which told the history of the South.

“It solidified my passion of the ceremony,” Pinkall said. “It’s an art form, and it doesn’t get a lot of study academically in the world. Unequivocally, it’s the world’s largest art form and it is seen by more people than any art form on the planet.”

Because the Olympic opening ceremonies are not often studied as an art form, Pinkall said he has found a niche writing and researching the histories of the ceremonies. He posts his findings within a small online community interested in the subject.

When asked if he would be looking at applying for another opportunity with the Olympics, Pinkall said he was not sure.

Pinkall said working with the Olympics is only one slice of what he does. He sings with the Kansas City Chorale, which won a Grammy award earlier this year. Pinkall also performs on his own.

“It is incredible that (Pinkall) is so young and has been this successful strictly from his hard work and drive,” Falcon said.

Even with all of his accomplishments, Nick Overbey, junior in music education, said Pinkall is really humble.

“(Pinkall is) one of the must humble guys I know and most achieving that I have met, so it’s a good combination of those two,” Overbey said.

Pinkall said a good failure in his life was when he was rejected from schools he applied to, ultimately leading him to K-State. Without those rejections, he wouldn’t be where he is now, he said.

“I think any professional musician would say the majority of things they try to do, they fail at,” Pinkall said. “So you keep trying and not be afraid to fail because eventually some of these opportunities come your way.” 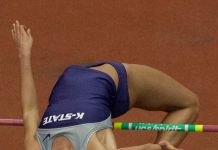 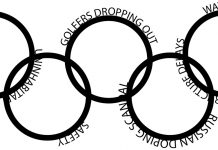