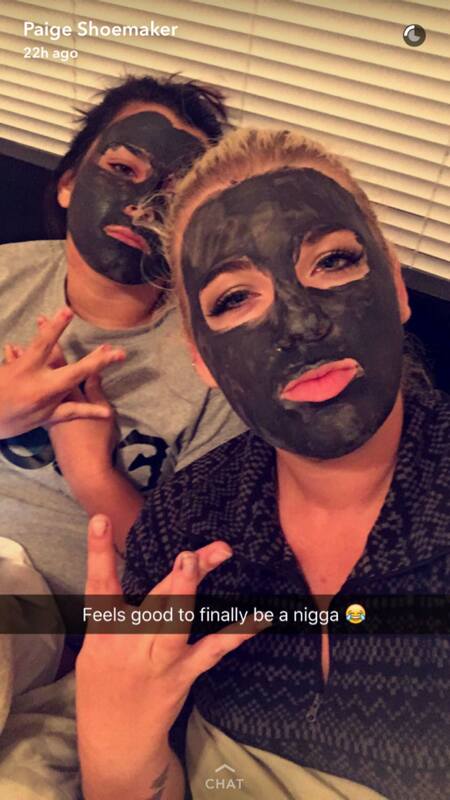 UPDATE 4:53: The Kansas State Black Student Union released a statement Thursday afternoon urging K-State to “take the stance that (Shoemaker) is no longer welcomed back at any future date,” after the university announced that Shoemaker was no longer enrolled at K-State earlier today. The statement went on to say it was their “strong belief” that the Snapchat was not an isolated incident but a systemic issue with a portion of the K-State student body.

In their statement, the BSU released a list of things they “believe need to happen in order to start creating social justice” on K-State’s campus including: the construction of a Multicultural Student Center, creating more opportunities for students to get need-based scholarships, a required cultural competency course and added anti-racism policy in the student code of conduct.

Currently, the K-State student code of conduct makes no mention or restriction of any racist or racially insensitive behaviors.

Below is their full statement: 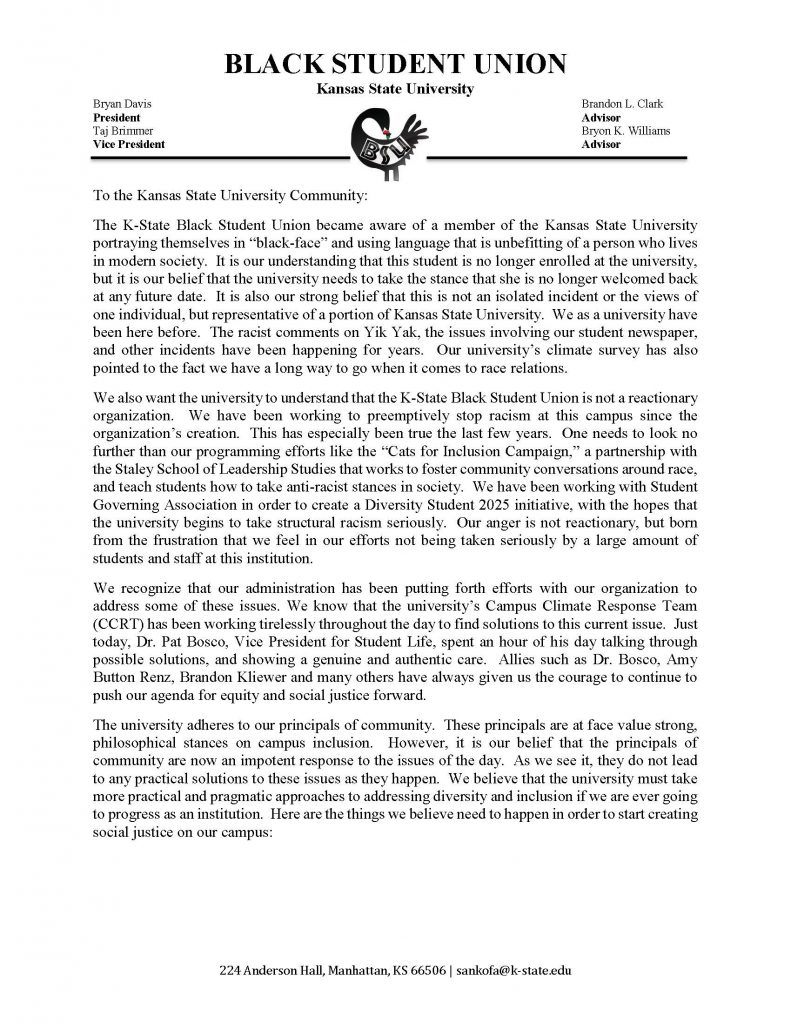 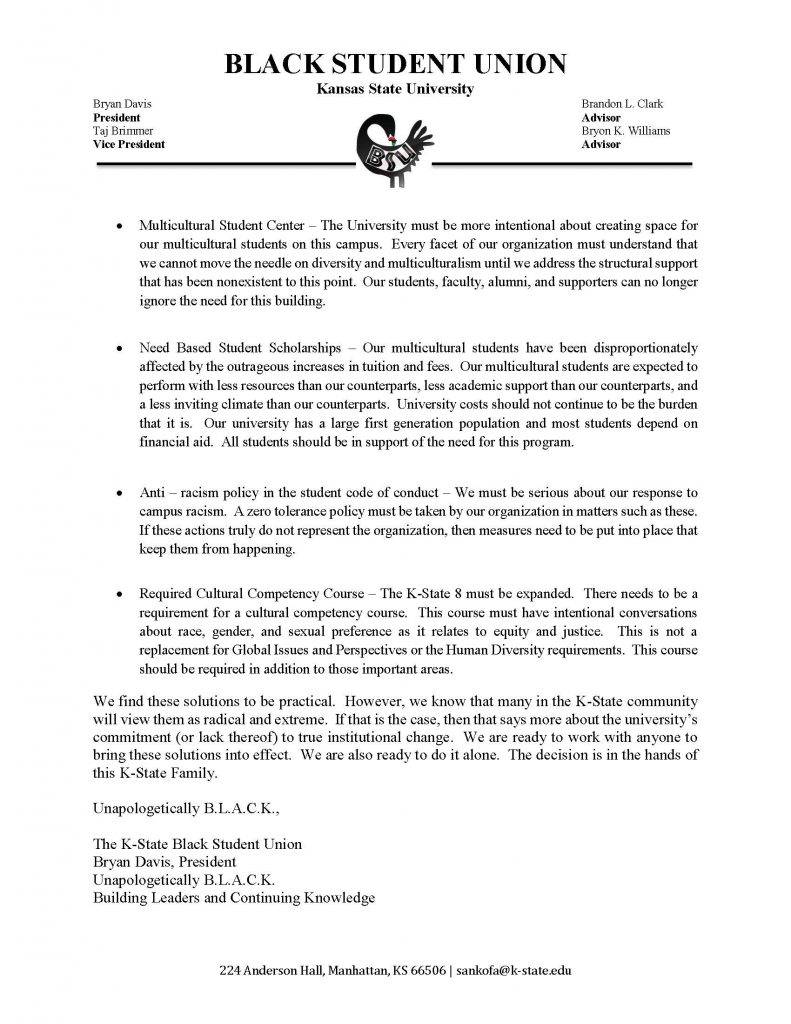 UPDATE 4:08 pm: Shoemaker released an apology over her facebook stating: ” I want to formally apologize for the picture that has gone viral of us… We clearly understand that what was said and done was completely disrespectful… We never intended for the picture to offend anyone. We had only meant for it to be taken in a funny way, but we clearly understand that what we said should never be joked around about.” 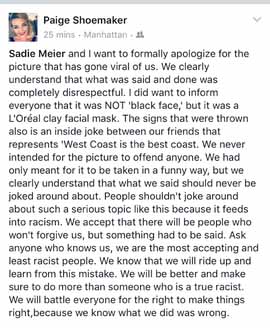 The image shows Paige Shoemaker, a K-State student, making a gang sign-like hand gesture with makeup covering her face. The caption reads, “Feels good to finally be a nigga.”

The image originated as a Snapchat by Shoemaker.

Shoemaker was a member of the Zeta Tau Alpha sorority before being expelled in spring of 2015 according to a statement from the Greek house’s facebook page.

Shoemaker, who worked at the Qdoba in the K-State Student Union, is no longer employed there but general manager Amber Valdivia said that is has nothing to do with the post.

“Whatever is going on with (Shoemaker) has nothing to do with Qdoba,” Valdivia said.

In an email alert sent to students, Pat Bosco, vice president for student life and dean of students, said students are right be upset by the photo.

“(T)here is no place for racism at our university, regardless of what the intentions may have been,” Bosco said. “K-State prides itself on being one family, no matter your race, ethnicity, gender, sexual orientation or abilities.”

“Even with these initiatives, we obviously still have work to do,” Bosco said. “We are firmly committed to the principles of community at Kansas State University, and it is important that we educate our students daily on these principles. We must do better, and we will do better.”

“We are deeply invested in addressing this issue,” Van Ranken said. “Racism should not be tolerated at K-State and should have consequences. We are disappointed that racism persists in the K-State community, and we are committed to working against racism and the systemic issues that perpetuate its presence. We are working with administration on this issue, and are aware that the Office of Institutional Equity and the Climate Response Team are working to address this issue.”

The Collegian has attempted to contact Shoemaker both over the phone and over Facebook for a interview but have not heard back.

This story will be updated as more information becomes available.

‘Spork’ sculpture: Many theories, one reason