Home Community Letters to Editor Letter to the Editor: K-State family, some exclusions may apply

I am writing in response to the two biggest stories of the week: BYU joining the Big 12 and the blackface Snapchat. Both stories of exclusion are an effort to distance K-State from bigotry. Yesterday we saw what happened when racism on our campus went from theory to practice. The higher ups in administration wrote letters to the whole campus, and the Collegian provided up-to-date reporting. This is because we have protocol for what happens when a student does something racist.

I imagine this is why some people are not big fans of associating with BYU. They not only lack protocol for LGBT+ discrimination, but actively target LGBT+ individuals as dishonorable. Does K-State want to be associated with racism by means of a student? No! Does it want to be associated with homophobia and transphobia by means of an institution? Well if it doesn’t affect the image of the K-State family*…

I hesitate to say K-State is a family, mainly because I don’t believe it. If we are a family, we are like the Duggar family. We advertise love and sensitivity, but behind the scenes we are just as messed up as the next college. We have small acts of aggression all the time. If I had a dollar for every time I heard someone complain about the Black Lives Matter sign in Leasure Hall, there would be an unfinished dorm named after me annoying everyone in the Kramer Complex community. Hell, quintessential K-State tradition, the football game, is set behind a pay wall. You should not call yourself a family if you don’t love, or at least respect, each other.

*some exclusions may apply 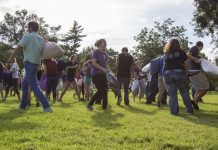 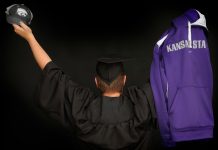 No do-overs: Graduating Wildcats look back on college experience