Gregory Eiselein, professor of English, has spent more than 20 years improving his and others’ teaching skills, while also spearheading a program to help first-year college students transition from high school to college.

Eiselein is the director and founder of K-State First, a program developed in attempt to make first-year college students’ lives easier and more enjoyable. Oftentimes, the transition from a high school learning level to a college one can be stressful and overwhelming, but K-State First is designed to help make that transition smoother, Eiselein said.

“I was at an event where they invited Dr. Eiselein to speak in front of all the trustees, and he was so genuine and so passionate about the K-State First program and impacting students and making sure that they had every tool they needed to be successful as a student, not just at K-State, but as a lifelong learner,” McClellan said.

Eiselein said the program is not for all students, but it is optional and highly recommended to join. This year alone there are about 2,300 out of 3,800 first-year students in the program, according to Eiselein.

Eiselein started his journey at K-State in the fall of 1993. After seeing his dedication to his work, university administration named him Donnelly professor of English.

The Donnelly Faculty Award got its name in honor of Michael Donnelly, an associate professor and graduate faculty in the English department, Eiselein said.

The award was made possible by Michelle Munson, K-State alum who was touched by Donnelly’s teachings and wanted to honor him with this award.

“[Munson] was really inspired by Michael Donnelly and she wanted to basically say thank you and honor his legacy,” Eiselein said. “The award goes to someone in the English department for their teaching, research and services in honor of Donnelly.”

In addition to the Donnelly Award, Eiselein received the CASE and Carnegie Foundation Professor of the Year award in 2013. This award is the most prestigious award in education, Eiselein said, and it is based on the work he has done in academia, as well as the admirations of his students.

“I’m honored and humbled to have won this award; it’s a big deal and I’m grateful,” Eiselein said.

Currently, Eiselein is researching the connection between literature and the reader’s emotions.

In the 20th century, the belief was that the emotions of a reader was completely separated from his understanding of a literary work, according to Eiselein.

“The idea was that your emotional response to the text was not the same as its meaning,” Eiselein said. “I disagree. I think in a lot of literature, the emotional response can not be separated from an intellectual understanding. In fact, I think the two go together.”

In the past, the brain and emotions were thought to be two different parts of a person. Eiselein said he doesn’t believe this is how humans work.

“I think back in the 20th century and earlier there was this idea that the brain, body, mind and emotions were separated and somehow the mind was rational and cool and analytical, whereas your emotions were confused and made you make bad decisions,” Eiselein said. “Later on it was shown that your emotions are actually a part of the intellectual cognitive process.”

Based on his research, Eiselein said he believes the best way for students to interpret any literary work is through feeling what the genre of the story suggests. In efforts to achieve this, Eiselein creates a tone in the classroom that mirrors the tone in the piece of literary work.

Eiselein said he hopes that by using an interactive teaching style like this, students will understand better how to think critically and creatively in order to solve problems or have a better understanding of complex messages.

“I think students who can read complex messages do better in life, and that’s what I try to teach,” Eiselein said.

McClellan said she has not found another professor who cares so much about their students as Eiselein does.

Eiselein as an author

Besides being a professor, Eiselein has also authored, co-authored and edited several books, including different versions of “Little Women.” Most of this work has been done with his long-time colleague Anne Phillips, English department professor and associate head.

Phillips and Eiselein were hired at the same time and have done a lot of work together ever since, Eiselein said.

The pair has edited four books, including encyclopedias, children and adult literature, written articles and participated in panels. Phillips and Eiselein are always collaborating in new and innovative projects, Eiselein said.

“We have done everything from writing in the same office at the same time, to you take this section and I’ll take this section, to you write that part and I’ll edit it, so I feel like I have done more collaborative work with him than with any other contributor,” Phillips said. “There is something really special about working with (Eiselein). He always makes it better no matter what it is.”

Phillips said she has great admiration for Eiselein, not only professionally but also personally, which allowed them to become really good friends through all these years.

“He is so smart but is never about to show off how smart he is,” Phillips said. “It is always about him wanting to give you the tools to be as smart as you can be, too. I think a lot of people find that quality really attractive. He has a vision of how things could be better, and he is patient enough to work toward that.”

Eiselein also participated in the Association of College and University Educators’ modules “Engaging Underprepared Students” and “Using Advanced Questioning Techniques.” ACUE is an organization formed by higher educations scholars to help other scholars to achieve their goals, providing them with an Effective Teaching Practices course endorsed by the American Council on Education.

Eiselein said he is constantly researching, reading multiple books and analyzing what he has done in the past in effort to accomplish future endeavors in a more efficient way, as well as better himself, his students and the university. 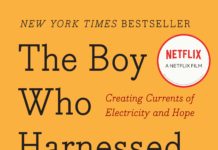 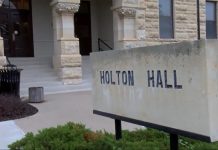 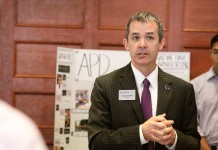