“I could talk about arm wrestling for hours,” Joshua Davis, author of the Kansas State Book Network and K-State First’s common book “Spare Parts,” said during his presentation at McCain Auditorium Thursday night.

Davis was invited to speak to students who read the book about his life, the story and the inspiration behind it. During his time on stage, he spoke of his time at Wired magazine, starting his own magazine, Epic, and his journey from getting a degree in economics to authoring an article, and eventually a book, that inspired a major motion picture.

In addition to being an author, Davis was once ranked the fourth-best lightweight arm wrestler in the United States, and took 17th place at an international competition in Poland. He stressed during his hour-long speech that those rankings were out of four and 18, respectively, and the 18th guy did not show up to the competition in Poland.

While working in San Francisco, California, he saw a flier for the National Arm Wrestling Competition in Laughlin, Nevada. Davis drove there to find out he would be the only spectator. Instead, he paid the $20 entrance fee and became a competitor. He lost both of his matches but, by default, ended up becoming the fourth-best in the United States.

Later, the U.S. Arm Wrestling Federation called him. They informed Davis that because the second and third ranked wrestlers could not leave the country due to parole, he was offered a spot on the U.S. National team. He lost it all. However, his story did not end there.

Actually, that was just the beginning of his new career.

His neighbor was an editor for a magazine, who gave Davis the idea to write about his experience and try to sell it to a publication. Maxim magazine ran the story in 2003.

“I’m not super proud of that,” Davis said.

That year was also the beginning of the war with Iraq, and he was interested in aspects of the war. Davis went to Wired and asked if he could write a column about the signal brigade, believing that they would be covering it. When they said they weren’t, he volunteered.

“I said, ‘Send me!’ They asked what experience I had, and I told them that I was the fourth-best lightweight arm wrestler in the United States,” Davis said.

Wired did send him to Iraq. His first article, “If We Run Out of Batteries, This War is Screwed,” was published June 2003. After he became contributing editor for the publication, he found what inspired it all.

“It’s a straightforward path, right?” Davis joked about his path to becoming an author. “Arm wrestling, you go to war, done.”

Davis found a poorly-worded press release about a high school robotics team in October 2004. He flew to Phoenix, Arizona, to meet with the four high school students and their two teachers at Carl Hayden Community High School.

“Spare Parts: Four Undocumented Teenagers, One Ugly Robot, and the Battle for the American Dream” focuses on Oscar, Luis, Christian, Lorenzo, their PVC and garbage robot and how they beat the Massachusetts Institute of Technology at the National Underwater Robotics Championship.

The story also focuses on the struggles of the four boys, as three of them were undocumented immigrants, and entering some of these competitions could get them caught at immigration checkpoints and deported.

“I knew there was more to the story,” Davis said. “Aside from their ingenuity, the obstacles they had to face.”

When he asked the students and their teachers if he could write about it, the teachers told the students not to consider it. However, the boys had something different in mind.

“They came back to me and said, ‘We think this could be our Rosa Parks moment,'” Davis said.

That quote inspired Davis back in 2004 and 2005, and it inspired discussion in Manhattan in 2016. Mike Finnegan, assistant professor for the Staley School of Leadership Studies, came with his strength CAT community and discussed the book and the speech after the lecture.

“Those boys risked everything, they said it was their Rosa Parks moment,” Finnegan said. “In exercising leadership, there are challenges. What will our Rosa Parks moment be? What are we willing to risk for progress on something we care about deeply?”

In addition to leadership courses, Morgan Hack, junior in biology, came for one of her gender, sexuality and women’s studies classes.

“It was really cool seeing how dedicated he was to the story,” Hack said while waiting to have her copy of the book signed by the author after the presentation. “It was so small and everyone doubted it at first, but he let the story be known.”

At the end of his hour, Davis offered some advice to students, saying they should be “putting themselves in situations outside their comfort zone.” He even put it into a metaphor.

“To put it metaphorically, if you see a flier for the National Arm Wrestling Championship, you should go,” he said. “You should take the challenge.” 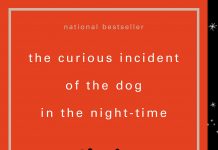 KSBN helps first year students get on the same page 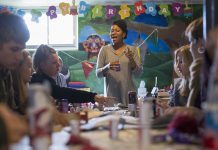