Kansas State’s program for flea biology and clinical research in veterinary medicine was started and continues to be ran by Michael Dryden, a veterinary parasitologist and the first person to earn a doctorate in parasitology studying flea biology.

“I was the first veterinarian on the planet to ever get a Ph.D. studying flea biology, which immediately made me unique,” Dryden said.

About a year after graduating from K-State in 1984, Dryden said he went to Wichita to work solely in a small animal practice that was eventually overrun by a flea problem.

“Back then, fleas were resistant to most of the products we had and we really struggled to manage fleas,” Dryden said. “Fleas drove me out of practice.”

It was this incurable flea problem that led Dryden, in the fall of 1986, to enter the graduate program at Purdue University where he received his master’s and doctoral degrees in veterinary parasitology, more specifically revolving around the biology of fleas infesting dogs and cats.

After earning his doctorate with no competition in sight, Dryden said he was faced with opportunities to either go into the industry or academia. After turning down industry jobs and a position at Purdue, Dryden said he came back to K-State because it is not only a great institution but also home.

“In my profession as an academician you don’t often get to go home,” Dryden said. “Kansas is home.”

Since becoming a part of the K-State community again, Dryden has created a program that has become recognized internationally.

“I started this big program which is now internationally known for the flea biology and clinical research that we do,” Dryden said.

Dryden said his primary role at K-State is to teach the parasitology curriculum to the veterinary students, but he also oversees the parasitology portion of the state diagnostic lab, which is housed in the College of Veterinary Medicine.

Despite his many roles, Dryden said his passion lies within teaching the students at K-State.

“I’m not sure I would have stayed in academia if it wasn’t for the students,” Dryden said. “I love to teach, and I love the interaction with students on a daily basis.”

Kaitlin Foley, fourth-year veterinary medicine student, has been a student of Dryden’s and has worked for him for the past three summers. Foley said Dryden is extremely passionate about his teaching and research.

“I think he’s one of those professors who still gets just as excited teaching the first-years or second-years about the basics of parasitology, and equally as excited at a parasitology conference talking to a bunch of people at a higher level,” Foley said.

Dryden said teaching is more than just educating students, but rather a way of serving society.

“Our primary role is to basically educate and serve society at large,” Dryden said. “Teaching those students is one way that we serve society.”

Kim Kalosy, third-year veterinary medicine student, has also been a student of Dryden’s and has worked with him during the summer.

Kalosy said Dryden’s impassioned, thorough teaching style has made her feel prepared to tackle any parasitic disease that she may come upon in the future.

“He has an innate passion for his area of expertise, and he does a wonderful job of passing along this enthusiasm to his students,” Kalosy said. “We are very fortunate to have such a well-recognized force in the world of parasitology teaching us about his field at K-State.”

Dryden said he thanks K-State for allowing him to become as successful as he has.

“K-State has afforded me the opportunity to be successful,” Dryden said.

Dryden also said the university has never boxed him in regarding his studies, and he’s never felt like there were administrators peering over his shoulder to any great extent.

Rather, he said, they simply helped facilitate issues in a manner that has taken a part in his success.

“Essentially they have allowed me to sink or swim on my own and facilitated issues when issues arose, which is what I want,” Dryden said. “As an individual in this kind of position, I’d prefer to be able to carve my own path.”

After not only being an undergraduate student at K-State, but also a professor at the university for 26 years, he says K-State has treated him well.

“K-State was good to me before and has been good to me ever since,” Dryden said. 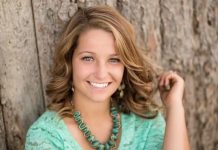