The Kansas State women’s tennis team is headed north to the Baseline Tennis Center in Minneapolis, Minnesota, to compete in the ITA Regional Championship, which is set to hit off today.

The entire Wildcats team will be making the trip to Minneapolis, led by seniors Iva Bago, Livia Cirnu, Palma Juhasz and Maria Panaite along with junior Carolina Costamagna and sophomores Ana Garcia Navas and Millie Stretton.

K-State has had success at the ITA Regional Championship in the past. Last season, several players recorded wins during individual play, including Costamagna and Garcia Navas, who picked up a “W” in their first two singles matches. Bago and Garcia Navas also secured a victory last year in doubles play.

“The regional championship is always the biggest fall tournament we play,” head coach Danielle Steinberg said to K-State Sports. “This year’s field is the deepest and largest it’s been in recent years, which is exciting. We are coming off two back-to-back tournaments and played a lot of matches recently, which means we are coming into this week in very good match form. Our doubles have been outstanding so far, and we really feel like we can be a legitimate threat in this tournament.”

The Wildcats’ doubles team has seen early success this season, claiming doubles championships at both the OU and SMU Invitationals, and providing momentum heading into play today.

Doubles play will begin on Friday, including some player changes from previous years. Garcia Navas/Stretton, Costamagna/Juhasz and Bago/Cirnu are set to compete in the 64 duo field, drawing first-round opponents from Minneapolis, Minnesota; Kansas City, Missouri and St. Louis, Missouri.

Panaite will start the tournament off for the Wildcats at 8 a.m. today, in the singles competition, as she goes head to head with Morgan Brower of South Dakota State. 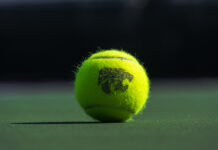 Tennis competes at SMU and ITF 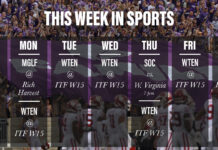