The Kansas State softball club kicked off their season on Oct. 1 at the Mizzou Madness softball tournament in Baldwin, Missouri, placing third overall.

Connie Miller, head coach of the team, said her expectation for the game and the rest of the season is for the girls to be competitive.

“I think the expectation was to be competitive and to try and put together a cohesive group that could step out on the field every time and compete,” Miller said.

The team did just that in the Mizzou Madness tournament with a win over Southern Illinois University Edwardsville, where they beat them 15 to 0. Later, they took on Illinois State University, who handed Kansas State their first loss of the season in pool play.

According to Kayla Mesh, junior in computer science and math and co-president of the softball club, K-State rebounded, putting the loss behind them and finished their pool play with two more victories.

First, a victory over Washington University from St. Louis, Missouri, and then another win over former Big 12 foe, the University of Missouri Tigers, with a score of 4 to 2. K-State finished their first day 3-1.

Miller said the team moved on to the winner’s bracket where they lost to Missouri. K-State ended up taking third place in the tournament.

“We had a lot of really good defensive plays, we played really solid defensive all weekend,” Miller said. “There was only one game and actually only one inning in one game where we got a little rattled in the second game against Illinois State. Everyone contributed offensively up and down the whole lineup, it was really a nice team effort.”

Mesh said there were a few bumps in the road, which are expected during the first tournament of any season.

“Nobody got down on each other. Obviously there were mistakes made during the tournament, but when they were made we all kind of picked each other up,” Mesh said.

Miller said she was very happy with the team’s performance.

“As a pitcher, I rely on my defense to back me up and they made all the plays when they needed too,” Mesh said, “We all batted well, I think we did very well.”

Mesh also said she and the team were excited to kick off the season and have the opportunity to play softball again. She said her favorite part about being on the team is getting to play with girls who are just as passionate about the sport as she is.

Tori Burkhart, sophomore in mass communications and co-president of the club, said that the group of girls are really unique compared to a lot of other teams.

“We all kind of come together as a team, we have different personalities,” she said. “We’re more like a family.” 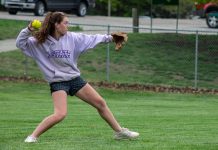 Softball success: How club softball at K-State has grown 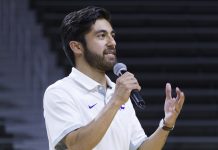 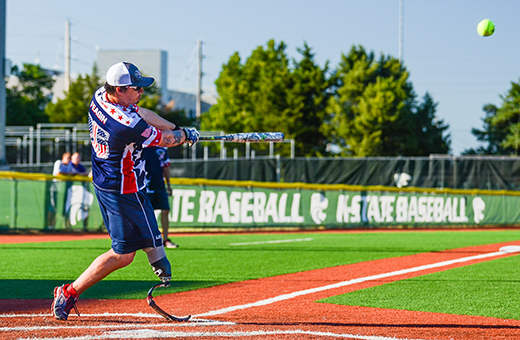