Home Community Manhattan mascot may be replaced, but at high cost to school district

Manhattan High School’s 48-0 football win over Emporia High School Oct. 14 might have been the last homecoming with the current mascot. MHS, whose mascot is the Indians, is under pressure from ReImageMHK to change the mascot.

Lisa Tatonetti, professor of English, is one of the leaders of ReImageMHK, a community group formed to change the mascot.

ReImageMHK will spend the next month raising support, both publicly and financially. The group is raising funds to help defray the cost of changing the mascot, if the board votes to change it. The target goal is $20,000.

The group received a $2,000 national grant to help with organizing and fundraising, Tatonetti said.

“That recognizes this is a national problem, which is why they awarded it to us,” she said.

Eric Reid, assistant superintendent of USD 383, calculated the estimated cost of a potential mascot change at the request of the Board of Education. According to Reid’s estimates, it would cost $318,690.

“It’s my job to provide (the board) information so they can make an informed decision,” Reid said.

He declined to make any personal comments on the numbers.

In addition to donations, of which every penny would go to the school district, ReImageMHK also needs places to speak, Tatonetti said.

“I really feel like this is an educational issue and if given space to have conversations, people can come to understand the problems with the mascot,” Tatonetti said. “I don’t want to be confrontational. I’m a teacher — I want to teach.”

Small groups, student organizations, community groups and similar audiences are exactly who ReImageMHK wants to talk with, Tatonetti said. However, it is not always easy to find groups to invite ReImageMHK to come and speak at a meeting.

“You would be amazed at how difficult it is to get people to just sit down and talk,” Tatonetti said.

A community forum is scheduled for Nov. 30 where the public will have the chance to debate both sides of the issue. In December, the Manhattan-Ogden USD 383 Board of Education will vote on the issue.

Sonya Ortiz is a parent of an MHS student, a leader of ReImageMHK and is part Winnebago of Nebraska and part Acoma Pueblo of New Mexico. She came to Manhattan when she was offered a position at K-State, where she is a coordinator of the College of Engineering Project IMPACT Kompass.

“What pushed for me to get involved with the changing of the mascot was the very first day of (my son and I) walking through Manhattan High to enroll him for school and to watch my son cringe and see the big mascot and to feel that sense of him sinking within himself, that self-esteem just dropping,” Ortiz said. “He’s like, ‘Really, I’m in a pure-white community and they’re calling themselves Indians.'”

Ortiz said the first hour of school at MHS is called “Tribe Time.”

“They make a mockery of us as native people,” Ortiz said.

She said this treatment of her son’s heritage has been detrimental to him, personally and academically.

“He doesn’t do well in school, he’s not active in school and basically he’s just waiting out to be done with it,” Ortiz said. “That statistic we talk about of someone slipping through the cracks because of low self-esteem, that’s him.”

If the mascot is changed, ReImageMHK would like to see students choose their new mascot, Ortiz said.

“We want them to have some form of ownership and buy-in to what we feel could best represent them more accurately and something that they have more pride in,” Ortiz said.

“I am doing my best as a board member to keep my mind open,” Aaron Estabrook, a member of the Board of Education and a parent of students in the district, said. “So I’m not making a decision (yet).”

Estabrook said ReImageMHK members shared research with him on the mascot issue.

“Academic research that also indicates the potential (is) there for mascots that can cause damage to a person that is depicted as that,” Estabrook said. “That’s what I think ReImageMHK has said, that there’s a mascot with a mischaracterization of a human race is creating some kind of hostile or harmful environment. And they have presented that evidence. I’m not saying it’s good or bad at this point or accurate or not accurate, but I have definitely seen the research.”

Candidate promises to stand up to Legislature, work with both parties

He said he does not think public pressure will significantly affect the board’s decision.

“I don’t know that it’s a lot of pressure,” Estabrook said. “To me, this is about students.”

He also said he does not think the entirety of the issue has been discussed by the public.

“Last time, I know it was very ugly and very difficult,” Tatonetti said. “Native families moved out of the area last time because it was such a contentious and painful thing after that meeting that happened.”

Fifteen years have passed since the last attempt at changing the mascot. Tatonetti said the measure failed by one vote.

“(The board) are supposed to make whatever is in the best educational interest of the students,” Tatonetti said. “I don’t think there’s any research-based decision other than getting rid of the mascot that’s educationally responsible.”

She said she was concerned about public pressure influencing the votes of the board members.

“However, there is a lot of community pressure and they are elected officials,” Tatonetti said. “People have already posted in the paper, basically, that they would vote them out. So there’s both, ‘Here’s what’s in the best interest educationally of the students and yet I’m a elected official and clearly I want to be in this position.’ I would not want to be in their shoes.”

Tatonetti said she would urge school board members to cast their votes according to what is best for the education of the students, not for what the public demands.

“We never would have desegregated schools if it was by public vote,” Tatonetti said. “We didn’t get civil rights acts because of public vote. The large body of public opinion was against desegregation, was against civil rights. It’s a sad but true fact that things we see as normal now were not and somebody had to make it stop.” 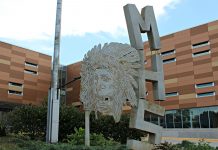 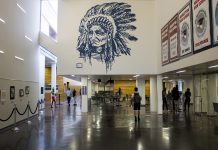 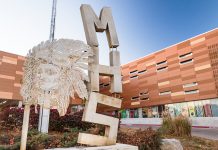 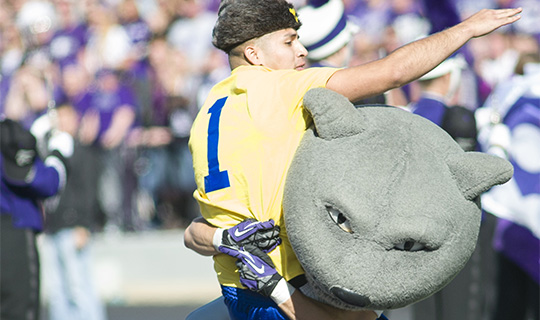