Below are three controversial topics in this presidential election. Where do you stand on these issues? Does your favorite candidate have the same stance on these issues as you thought? Is there another candidate who shares your values that you haven’t heard of before? 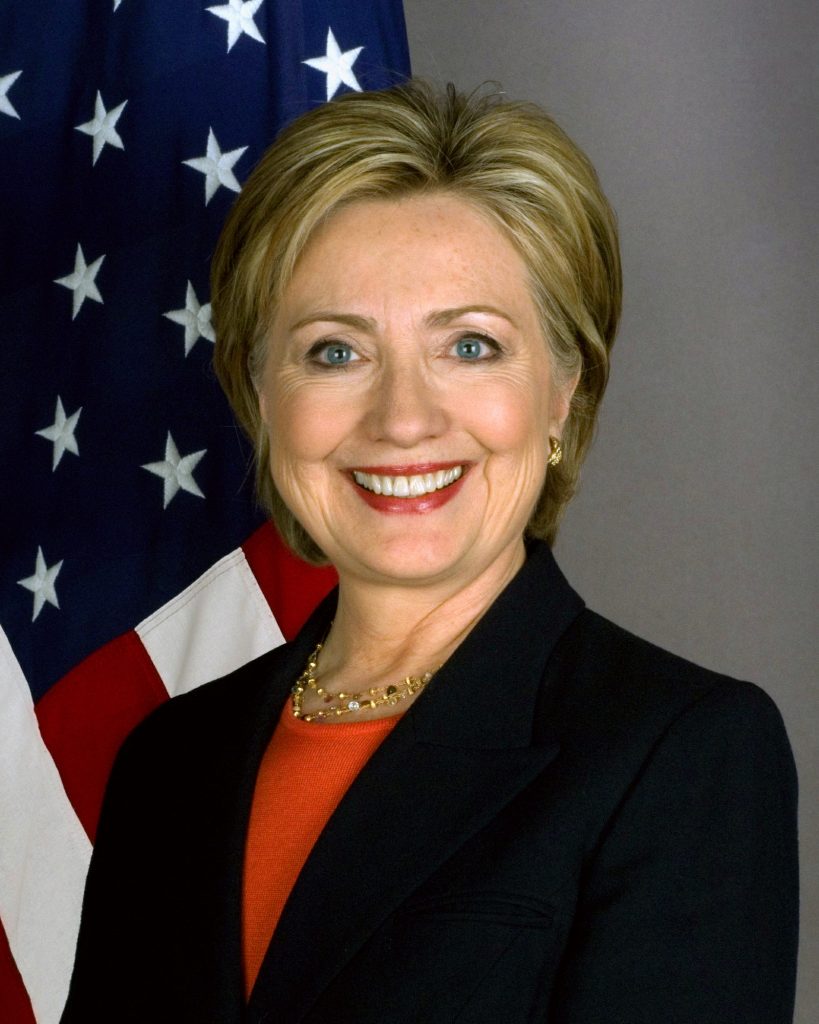 The second topic is climate change and whether the government should increase environmental regulations to prevent climate change. Clinton and Stein support this and also support more incentives for alternative energy production. Trump and Johnson oppose the measure and Trump says that global warming is a natural occurrence. The major controversy of this issue lies in whether the increase in Earth’s atmospheric temperature is due to greenhouse gas emissions or the natural pattern in Earth’s temperature.

One major component of voting consists of our state and local elections. With the presidential election causing such a media firestorm, it’s easy to forget about local candidates and their platforms.

Republican Jerry Moran is running for re-election to the U.S. Senate. According to his website, Moran is opposed to big spending in the national government with unavailable funds and instead wants to focus on fiscal responsibility to help Kansas families and children. Moran is an advocate for farmers and is strongly pro-life. 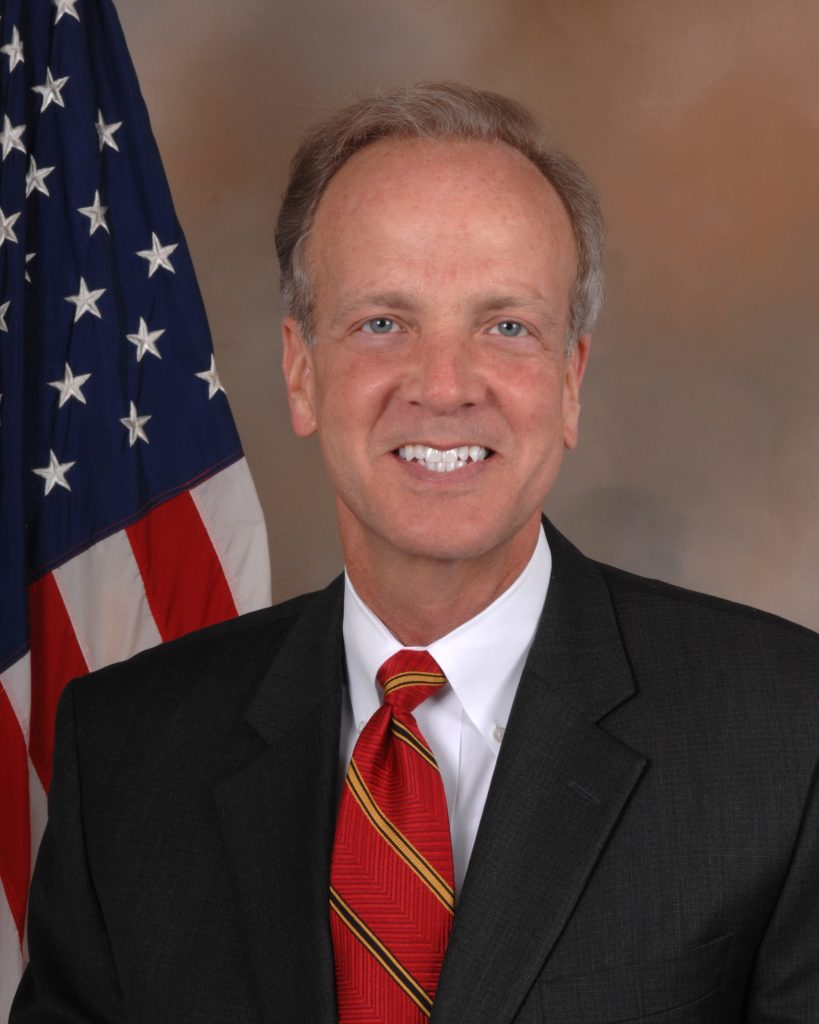 The Democrat opposition, Patrick Wiesner, has been in private law practice for over 20 years. His goal is to make solutions to the tax code and generate funds so the government can run without deficits, according to his website. His main goal is paying off the government’s debt. Wiesner also supports individuals’ rights for gun ownership and is pro-choice.

The libertarian opposition, Robert Garrard, works as an electronics technician. While Garrard does not have a website, he said in an interview with KMBC news that his plans were to cut taxes and reduce regulation.

Republican incumbant Lynn Jenkins is running for the House of Representatives against her opponent Democrat Britani Potter. Jenkins is a certified public accountant and a K-State alum with a degree in accounting and a minor in economics. According to her website, Jenkins is working toward tax reform to promote job creation and economic growth, improving transparency in Congress and backing a strong national defense. 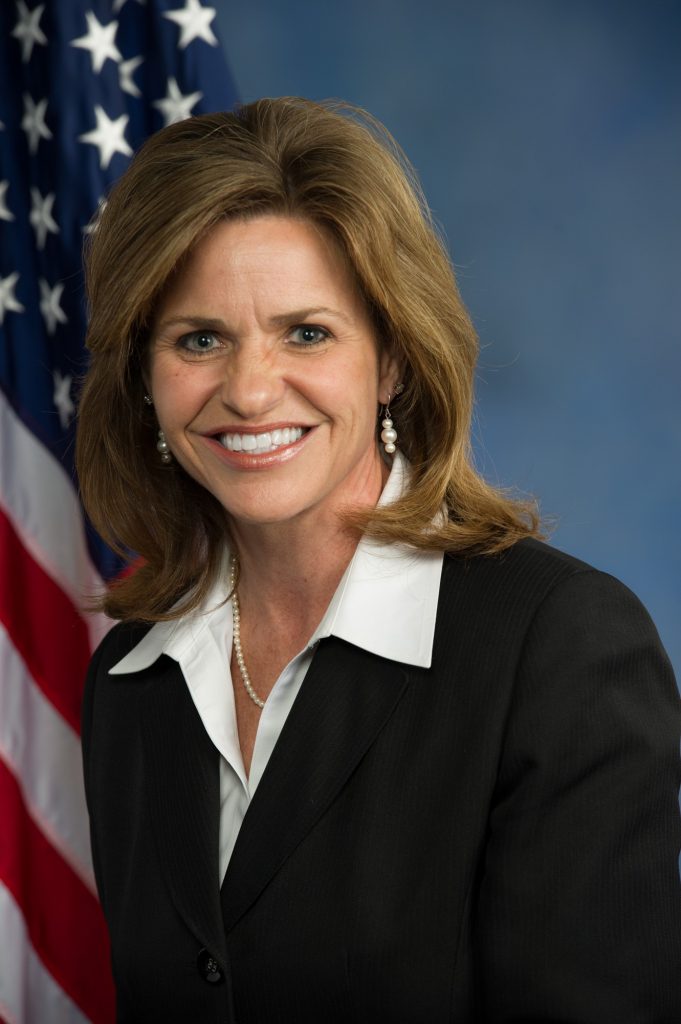 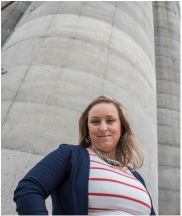 Potter’s main slogan is “put people before politics.” On her website, she said her goal is to, “eliminate poverty through financial literacy, quality education and creating opportunities for everyone regardless of socioeconomic class. I want to ensure that everyday Kansans have a voice in the federal government who understands them. I want a government for the people, by the people and I feel we’ve strayed too far from that fundamental principle on which this country was founded.”

Democrat Tom Hawk is running unopposed for the Kansas State Senate. According to his website, education is his top priority. He wants to, “find ways to make state education more efficient and to reward the education profession at all levels, K-12, tech college and university levels so that we continue to be in the top 10 states in the nation in educational quality.”

People in Riley County will also be voting on two members of the Kansas House of Representatives. Sydney Carlin, Democratic incumbent, is running against Republican Stanley Hoerman to represent the 66th District. 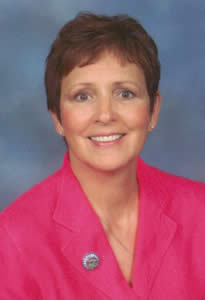 Carlin has represented Kansans since 2002. Education has been the main platform of Carlin’s campaign. In regards to K-12 public schooling, she said on her website, “The changing technology-based economy of this century requires changes in equipment and training for our educators and must be financed by the state.” In terms of job growth and economic improvement, Carlin’s website said she will increase jobs “by investing in research and innovation, bringing new businesses to the state to generate high-paying jobs and creating responsible and sustainable tax policies.”

Stanley Hoerman ran unopposed in the Republican primary. According to an article by KMAN radio staff, Hoerman said he would advocate for the cancellation of turnpike fees, as he believes it was fully paid for in 2000, and would also advocate for safety on city, county and state roads. Hoerman said his motivation for running was his disappointment in last year’s legislative session. “It was so divisive and they just barely got anything done,” said Hoerman in the same article. “So I think it’s time for a change.” 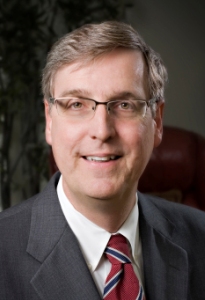 Incumbent Republican Tom Phillips is running unopposed to represent the 67th District. Like Carlin, his main platform is education. On his website, Phillips said he wants to “match the scientific knowledge of child brain development with our local and state resources and capabilities to provide early childhood learning programs.” He also said he will continue to oppose state budget cuts to higher education. As far as jobs are concerned, Phillips said he wants to invest in improving Kansas infrastructure. “Public investment of tax dollars in our state highways and energy infrastructure needs to remain a priority,” according to his website. 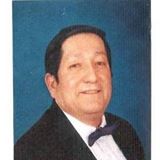 Riley County will also be electing two county commissioners to serve for the 2nd and 3rd Districts. The 2nd District consists of two Republicans, Marvin J. Rodriguez and Robert Boyd, vying for the title. In the 3rd District, Republican Ron Wells is running against Democrat Levi Smith. 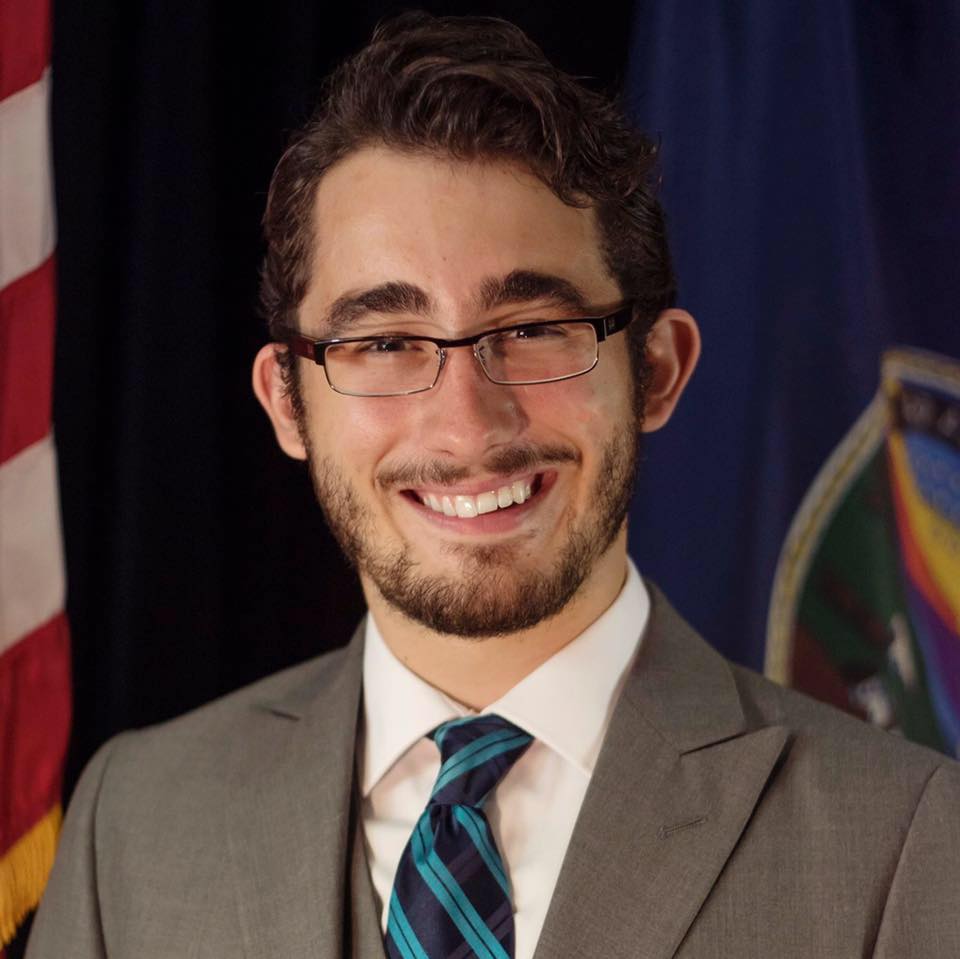 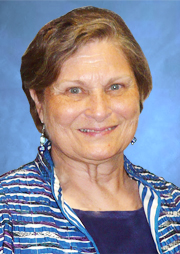 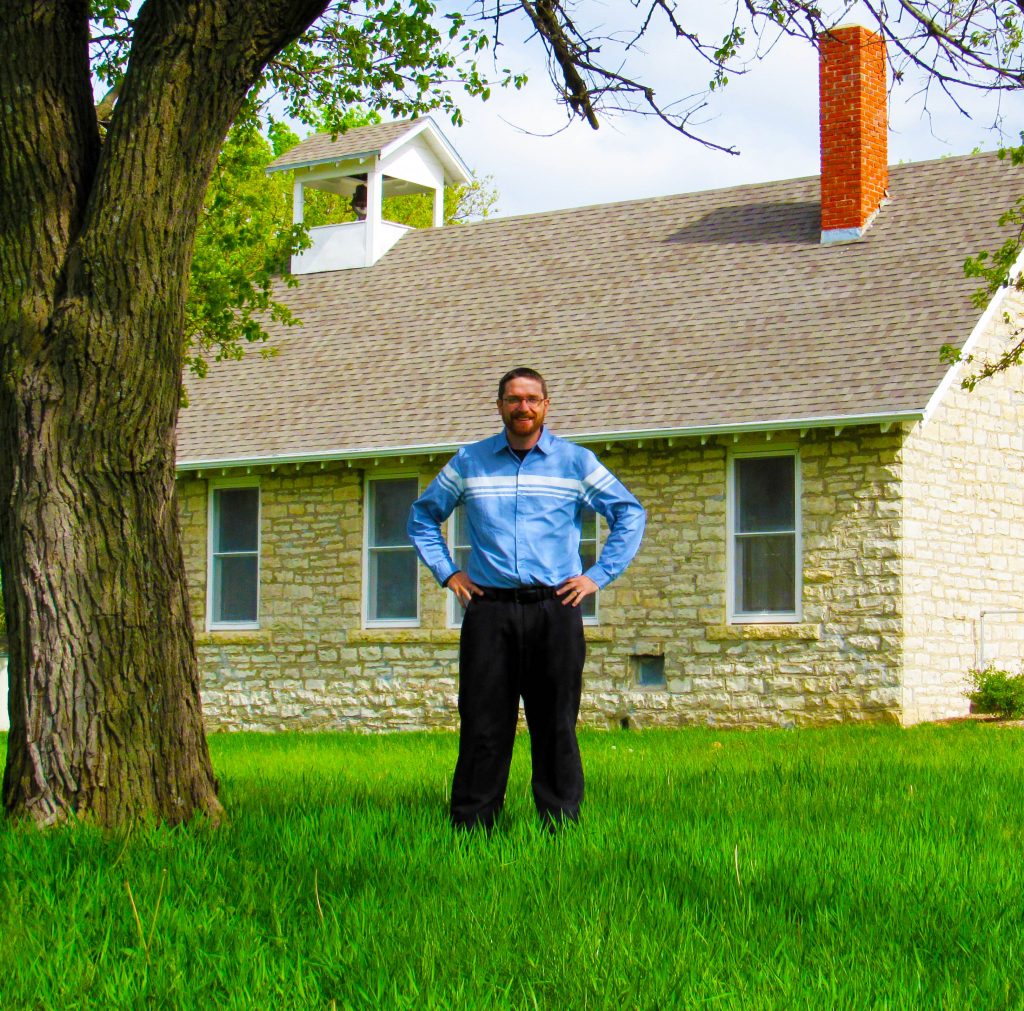 A representative on the State Board of Education will also be elected. Independent Aaron Estabrook is running on a platform of early education and individual plans of study for every Kansas student, according to a Sept. 21 Collegian article. His opponent, incumbent Republican Deena Horst wants to improve communication with the Legislature and increasing state funding for public schools, according to an interview with the Topeka Capitol-Journal. 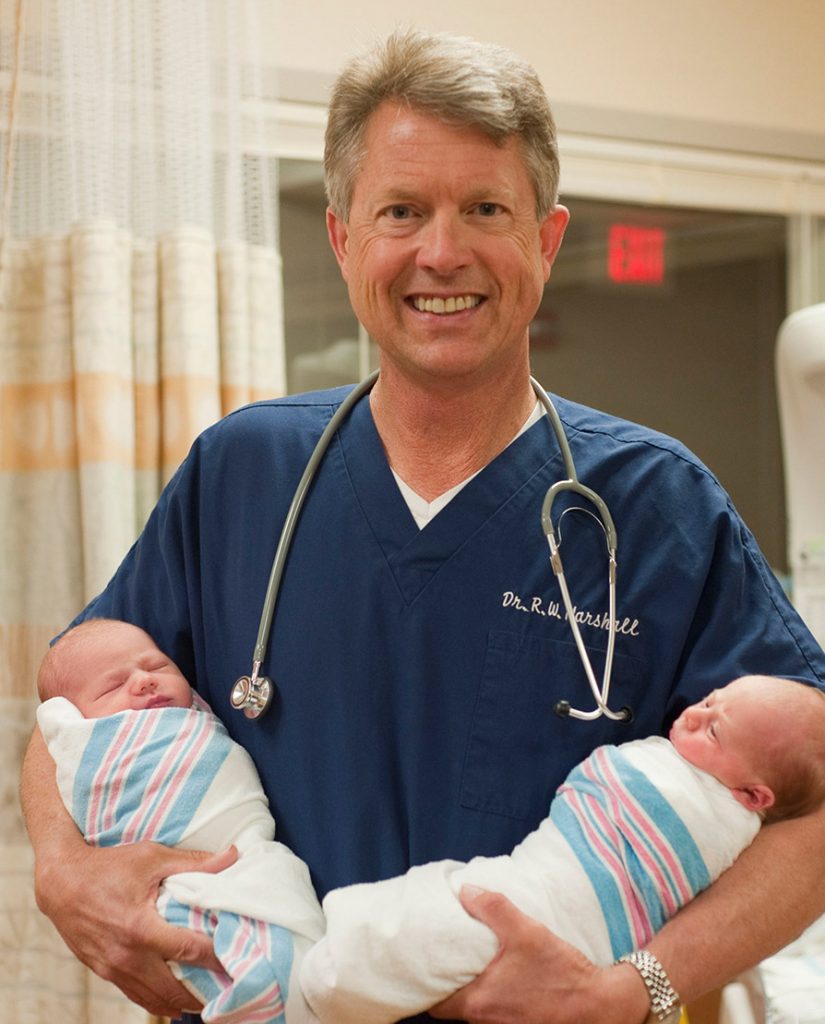 There are five Kansas Supreme Court justices up for retention: Chief Justice Lawton Nuss, Carol Beier, Dan Biles, Marla Luckert and Caleb Stegall. The justices have been criticized by some and lauded by others for their rulings on K-12 education funding and abortion restrictions. Gov. Sam Brownback could appoint replacements for judges who are not retained by voters.

Kansans for Life, an anti-abortion group, is calling for voters to “Reject all but Stegall.” The Kansas Republican Party is also calling for the same. The group Kansans for Fair Courts is calling for all to be retained, and the legislative director for the Kansas National Education Association, the state’s largest teachers union, told the Wichita Eagle the anti-retention campaign was due to a, “Supreme Court that continues to hold the Legislature accountable for their constitutional obligations under school finance.”

The Kansas Right to Hunt and Fish Amendment

The Kansas Right to Hunt and Fish Amendment is also on the ballot. According to ballotpedia.org, “Amendment 1 would permit the constitutional right to hunt, fish and trap to be subjected to regulations promoting wildlife conservation and management. Furthermore, public hunting and fishing would be the preferred method of wildlife management under the amendment.”

The City of Manhattan is asking residents to vote on the street maintenance sales tax. According to the city’s website, the tax involves a “0.2 percent increase in the Manhattan sales tax to fund street repairs (95 percent) and safe routes to school projects (5 percent).”

For more issues and the candidates’ stances on them, visit ballotpedia.org and for more on the election be sure to follow the Collegian in the coming week for more coverage.