A base cut of about $400,000 and a one-time callback of $360,000 has left the College of Education looking for ways to spend less and still offer a high-quality education without requesting additional student fees.

Debbie Mercer, dean of the College of Education, said the cuts and callbacks impact two pots of money.

“Having a callback, that’s a one-time budget cut,” Mercer said. “Those dollars are ones that the college has earmarked for certain things — certain initiatives — to move forward. And that’s very different from a base cut. That means you are permanently reducing your budget there.”

Mercer said while it was a one-time callback, she is still expecting an additional callback in fiscal year 2018 in addition to more state budget cuts.

“We’re looking at those same two types of cuts in the future,” Mercer said. “For a small college (with a) budget our size, those cuts have been pretty severe and certainly impactful in a variety of ways.”

The college currently has a general use budget of about $10 million.

Anna Jackson, junior in elementary education and a student senator for the college, said budget cuts have affected everyone, but she has seen how the College of Education has been balancing and budgeting the cuts to have a minimal effect on its students.

“I think part of the overall mindset that we’re trying to grapple with as an entire university is how do we adapt to a different budget formula,” Mercer said. “Part of our strategy is looking at what will have the least harmful outcome on us.”

To do so, Mercer said the college has made many administrative cuts.

“I think sometimes it’s easy to look at the impact on teaching faculty, but it was very important to me that I wasn’t just impacting teaching faculty,” Mercer said. “I was looking at an entire system — an entire structure — and that I cut where it would have the least amount of impact potentially on students.”

“Those positions were collapsed,” Mercer said. “Likewise, there was a person that oversaw three very large centers that operate in the college and provided supervision and oversight for those entities. I didn’t fill that position, and I assumed all of those responsibilities.”

Mercer said she has managed to spread the duties across all of her current people, but eventually that will reach a tipping point.

“One position that I had open last year was an advising position and I didn’t refill that position,” Mercer said. “What that meant was the other advisers that were left in the center each took on more students. So people are most certainly doing more and adding to their workloads.”

Outside of administration, Mercer said part of her strategy has been re-evaluating the graduate-level curriculum by looking at three factors: class sizes, course rotation and sequencing of courses.

“It puts pressure on very accurate and timely advising for our graduate students so that they know if they want to get done in two or three years, they may only have one opportunity to take a specific course,” Mercer said.

As for the undergraduate level, Mercer said it is more difficult because they need every class offered every semester.

“There are too many students to do that and they need those courses in sequence,” Mercer said. “The same strategies just don’t make sense.”

Despite that, Mercer said the college has been forced to look at offering fewer sections, increasing class sizes and offering more classes through K-State Global Campus.

“Smaller classes are also able to be a lot more interactive, which is something I feel is important in a lot of education classes,” Tyler Cates, senior in agricultural education, said.

Jackson said she has seen different configurations of class sizes due to the cuts, such as combined classes of the elementary and secondary education blocks and it has created an interesting dynamic.

Holding off on student fees

“I know that some colleges have chosen to backfill some of their cuts with additional student fees and for those colleges it might make sense,” Mercer said. “For our college it does not make sense.”

Education is somewhat unique, Mercer said, because there are so many options for students who want to major in education in the state of Kansas.

Mercer said this makes the competition across the state very difficult for the College of Education, which is one of the reasons why she does not want to increase the cost of coming to Kansas State.

“(Student fees) are a last resort and not something the college has on the table right now,” Mercer said.

Cates said it has been reassuring to know the college is not looking at increasing student fees.

Editor’s note: This is the seventh and final story in a series on budget cuts and their impact on the various colleges at K-State. 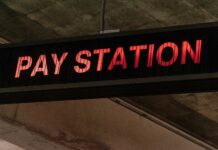 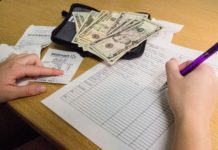