All eyes were on Madison McKeown, senior in apparel and textiles, as she became the first South Dakota contestant to ever place in the top 10 of the Miss USA competition in June.

McKeown said competing in Miss USA was something she worked for throughout her teenage years.

McKeown said she had no choice but to move home and take online courses during her journey to Miss USA.

“Mental preparation is almost more important than physical,” McKeown said. “If you’re not mentally prepared, you’re not going to make it.”

McKeown said she did not want to take part in the stereotypical pageant look and expectations so she decided to do things her own way. While ignoring demands that she have longer hair or become thinner, McKeown said she stayed true to herself.

“I pissed a lot of people off,” McKeown said.

Dana Olsen, McKeown’s mother, said she sees the “it” factor in her daughter.

“You cannot compete at this level of pageantry without being able to take criticism and social scrutiny and shake it off or rise above it,” Olsen said.

By doing things her own way, McKeown said she was able to eliminate “what if” questions and leave the competition with no regrets.

“I had nothing to lose,” McKeown said.

Leah Blefko, former Miss Arkansas, had a similar mindset while competing in the 2015 Miss USA pageant.

Blefko said she was told by one of the top pageant dress designers that she needed to be much thinner before the Miss USA competition.

“We’re all created differently,” Blefko said. “It’s easy to get caught up in the way of pageantry and competing with the girls standing next to you, but the real competition is between you and yourself.”

McKeown said her unique and mature outlook on the Miss USA competition was in part because of her nonprofit work.

McKeown works with the Travelers Oasis Centre, a girls’ school in Kenya. She said she has helped build dorms, dining halls and chapels for the school.

While a lot of the trip involves working, McKeown said she is also very involved with the girls she sponsors. She said these relationships help her see the bigger picture in life and not take the little things to heart.

“I am very proud of the person I represented at Miss USA,” McKeown said.

Although McKeown is now retired from pageants at 21 years old, she said her nonprofit work is something she is going to continue for the rest of her life.

When the six-year road to Miss USA came to a close, McKeown said she felt refreshed to finally be a normal person again.

“Seeing (McKeown) on that stage was the gold at the end of a very long journey,” Olsen said.

McKeown said her advice for pageant competitors or pageant hopefuls is to not change your entire life for one competition.

“It all comes down to one winner, so don’t lose track of life before pageants,” McKeown said.

Makenzie Falcon, Miss South Dakota Teen USA 2016, said much of her success is because of McKeown’s guidance and advice throughout her first years of pageantry.

“Basically anything that I ever needed, (McKeown) would go out of her way to help me out with,” Falcon said. “Her generosity has no end.”

Reflecting on her life of pageantry, McKeown said she misses making appearances and connections. Even without her title, however, McKeown continues to be invited back to events.

“It’s about the people you know in life and the experiences you make rather than having a title,” McKeown said.

Moving forward, McKeown said she has no restrictions when it comes to her work.

McKeown said she will continue modeling while also growing her spray-tanning business and personal brand.

“I’d rather be known for who I am rather than a title I had,” McKeown said. 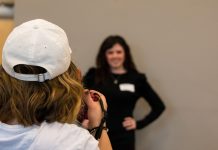 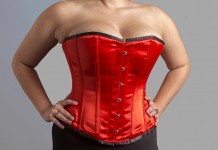