When most people think of Thanksgiving, they probably think of family around a dinner table with turkey and other fixings. Most people cannot imagine not spending the holiday with family.

However, for K-State students who are from out of state, this can present challenges that those from Kansas do not have to deal with. Many out-of-state students who do go home either have to drive long distances or fly. Some do not go home.

“It is a three-hour time change from here to Alaska and it is an eight-hour flight with stopping points so I figured that wouldn’t be the best idea for a weeklong break,” said Ben Clayton, freshman in industrial engineering from Anchorage, Alaska. “Instead I am going to wait for Christmas to go home.”

Instead of going home to Alaska, Clayton will go to Texas for Thanksgiving.

“My sister lives in Dallas, Texas, and I have another brother and sister that live in Dallas so I am going to go down there with some friends and (I’ll) stay with my sister, who I haven’t seen in a while, and have Thanksgiving dinner with her and her family, which should be pretty fun,” Clayton said. “I plan on doing whatever else college students do.”

Clayton said the main difference between Manhattan and Anchorage is the weather and daylight.

While some out-of-state students are going elsewhere, others are making the trek home.

Thanksgiving break provides opportunity for students to reunite with pets

“For Thanksgiving I am going to go home to Ekalaka, Montana,” Jaclyn Ketchum, junior in animal sciences and industry, said. “I am going to go hunting with my dad, work cattle and maybe see some friends while I am home.”

The drive home, though, poses a challenge.

“I am going to drive 13 hours home,” Ketchum said. “It is not quite worth it for only a week, but I can make it work.”

While the distance and means of travel may be different, out-of-state students look forward to the same things as in-state students. This includes relaxing, and seeing pets, friends and family.

“I don’t go home as often as I would like, but when I do go home I go for the entire break,” Sarah Peterson, senior in accounting from Rosemont, Minnesota, said.

“I am going to make the drive home, which is nine hours,” Peterson said. “We will be having Thanksgiving at my house and I will be taking care of the new dog. Basically I will just be sitting at home all break relaxing, which will be nice.”

“I normally drive home to South Dakota,” Megan Kocer, junior in public relations from Wagner, South Dakota, said. “It normally takes six, six and a half hours, but it very much depends on the weather. Last year I drove through an ice storm. It took me nine hours to get home.”

Out-of-state students are often disadvantaged when it comes to traveling home to see friends and family and to relax at home. Many wish they could go home but cannot due to the time constraints of traveling there and back again while still enjoying their time at home.

“For tiny holidays that we maybe get one day off or Easter where we do not really get any time off I would want to go home, but because it is so far I do not go home,” Kocer said.

Ketchum said she did not go home for Thanksgiving the last two years.

“For the last two years I have not gone home for Thanksgiving break just because I have been so busy,” Ketchum said. “So, you only choose certain things to go home for. Usually I would go home for Christmas and for spring break and that would be the only times I could truly go home. If I would have gone to an in-state college, I probably would have been going home at least once a month, maybe twice a month.”

While it can be difficult as an out-of-state student, it is not all sacrifice.

“If I was not going to K-State and I was just living in Kansas I would probably be going to Dallas by myself, which would be kind of depressing,” Clayton said. “But, being in a fraternity and being able to meet new people at K-State, it has allowed me to have friends that live in Fort Worth and Dallas and also friends who are looking for stuff to do over Thanksgiving break, so they are coming down there with me, which has been huge.” 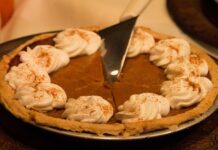