Stroup was added to the existing lawsuit filed by Sara Weckhorst.

In April of 2016, the Collegian reported on two separate Title IX lawsuits by Weckhorst and Tessa Farmer brought against K-State, accusing the university of deliberate indifference to plaintiffs’ reports of rape, deceptive acts and practices in violation of the Kansas Consumer Protection Act, and negligence.

Weckhorst and Stroup’s lawsuit states that Stroup’s rape would not have happened had the university investigated Weckhorst’s rape back in 2014.

“Had K-State investigated Sara’s complaints of rape against (Gihring), he would have been … prevented from causing physical and emotional harm to Crystal,” the lawsuit states.

The Collegian reached out to the university and was told that K-State “does not comment on pending litigation.”

The Collegian will have more updates on this story in both tomorrow’s print edition and online. 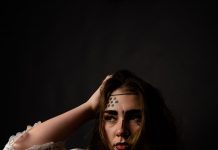