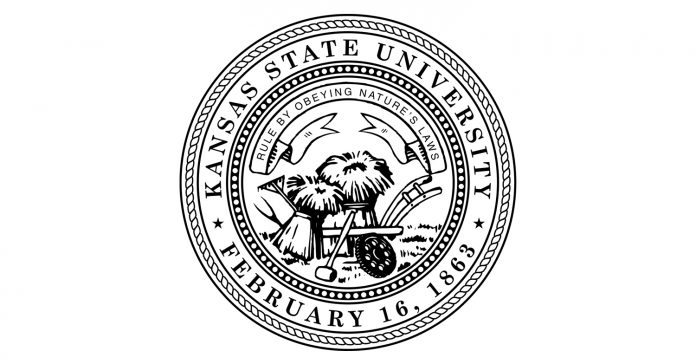 By Jason Tidd and Kaitlyn Alanis

Cari Simon represents one former and two current K-State students and said she has worked on Title IX issues extensively, including working with and representing survivors nationally and conducting a training for the National Association of Attorneys General on Title IX and campus sexual assault. Simon is a lawyer from the Fierberg National Law Group, a Washington, D.C., law firm.

Sara Weckhorst and Tessa Farmer, seniors in social work and the two current students represented by Simon, filed federal Title IX lawsuits against K-State in April, accusing the university of deliberate indifference to their reports of rape, negligence and deceptive acts and practices in violation of the Kansas Consumer Protection Act.

On Monday, Crystal Stroup, a former K-State student, joined Weckhorst’s lawsuit after Jared Gihring was charged in October with raping Stroup in 2015 and Weckhorst in 2014.

The Stroup and Weckhorst lawsuit states that Stroup’s rape would never have happened had the university investigated Weckhorst’s rape back in 2014.

“Had K-State investigated Sara’s complaints of rape against (Gihring), he would have been … prevented from causing physical and emotional harm to Crystal,” the lawsuit states.

Simon said the goal of the lawsuits is to prevent similar sexual assaults of students in the future.

“I think all three women truly share the same goal and that is so what happened to them doesn’t happen to anyone else and to hold K-State accountable so that they support victims and investigate rapes,” Simon said.

In Weckhorst and Stroup’s lawsuit against K-State, Gihring is refered to as “J.G.”

Gihring was expelled, according to the lawsuit, after K-State learned in July that criminal charges would be brought against him, “exercising the precise authority it claimed not to have.”

Simon said Stroup is no longer a student at K-State as a direct result of her rape and the response — or lack thereof — of the university.

Weckhorst and Farmer’s original lawsuits were filed in April.

K-State filed in July to have the lawsuits dismissed. That motion is still pending before the court and Simon said there is no date set for when the result of that motion will be decided.

The lawsuits from the women state that the university violated Title IX when it failed to investigate their reports of off-campus rapes. Title IX is a federal statute that protects against sex-based discrimination at federally-funded education institutions.

The university has claimed it is not legally required to investigate off-campus rapes.

There are four ongoing Title IX investigations by the U.S. Department of Education regarding how K-State handles sexual assault reports.

Travis Gill, the former Title IX coordinator and director of the Office of Institutional Equity, left in October to be the director of equal opportunity at the UT Southwestern Medical Center in Dallas, Texas, after serving in his position at K-State for only 17 months.

At a Student Governing Association meeting on Sept. 9, Gill was asked if the university is in compliance with the “Dear Colleague” letters from the Office of Civil Rights in the Department of Education.

“The intent of the policy absolutely complies and follows the ‘Dear Colleague’ letter, it’s just the guidance has been ever-shifting over the years,” Gill said.

According to an April 4, 2011, Department of Education “Dear Colleague” letter, “If a school knows or reasonably should know about student-on-student harassment that creates a hostile environment, Title IX requires the school to take immediate action to eliminate the harassment, prevent its recurrence and address its effects.”

Simon said the penalties for Title IX noncompliance can include losing federal funding, such as federal student aid and research grants.

Gill said at the Sept. 9 meeting that many university student honor codes specifically prohibit sexual assault, while K-State’s does not.

He also said the university does not have the legal authority to investigate allegations of sexual assault the same way law enforcement does.

“Unlike our Kansas State University Police Department or the Riley County Police Department, we are not able to do DNA swabs or gather evidence or sheets or really do that type of work,” Gill said. “It’s frustrating to us because it would make our evaluation of those cases so much easier, but because we’re not a police entity, the law does not really provide those permissions for us.”

The lawsuit includes a letter by Danielle Dempsey-Swopes, the former senior investigator for the Office of Institutional Equity, to the U.S. Department of Education Office for Civil Rights. The letter includes a specific example from Dempsey-Swopes of university administrative staff instructing her to not investigate an off-campus sexual assault.

Dempsey-Swopes’s letter then described the internal workings of the Office of Institutional Equity after Farmer’s report of rape by a K-State student at a K-State fraternity house.

“Gill … directed me to “stall” and to deliberately delay (for at least a week and as long as possible) taking any action in response to the report,” Dempsey-Swopes wrote in the letter. “On Wednesday, August 27, 2015, Mr. Gill came to my office upset because he believed I had begun work on the August 24 report. He reiterated that he wanted me to continue to ‘stall and delay any investigatory action in response.'”

Simon said Stroup, Weckhorst and Farmer will not be available to talk to the Collegian.

“At this time they won’t be speaking directly to the press particularly because the criminal case is going and not wanting to interfere with that in any way,” Simon said.

The Collegian called the Gihring family, offering Jared a chance to comment. The family member who answered hung up immediately after mention of the charges.

The Office of Institutional Equity, which is the branch of the university responsible for Title IX compliance, told the Collegian at 4:30 p.m. on Monday that the interim head of the office and “all our investigators” were in a meeting and unable to comment.

Scott Jones took over in October as acting Title IX coordinator and director of the OIE after Gill left.

Clara Kientz, advocate and educator for the Center for Advocacy, Response and Education office, said she could not comment but referred the Collegian to the K-State Division of Communications and Marketing. The CARE office helps victims of sexual assault understand the university’s policies.

The lawsuit states that when Stroup went to the CARE office for help, “the CARE office failed or refused to mention to Crystal K-State’s sexual misconduct policy or Title IX and did not refer her to a Title IX coordinator.”

“K-State does not comment on pending litigation. We are aware of the filing and will respond to it through our court filings, which will be publicly available. K-State provides support and assistance services to all reported victims of sexual assault, regardless of where the assault is reported to have occurred.”

“We will continue to follow developments in the current lawsuits against Kansas State University and we will await a decision from the court of law in regard to the university’s policies concerning the investigation of sexual violence off campus. We will keep working to ensure that students have access to resources. Sexual violence is an unacceptable reality in our Manhattan community and we are committed to combatting this dangerous problem. It is vital to our mission at Kansas State that all students feel safe and protected and we will continue to partner with university administration to achieve that environment.”

At the April 22 SGA meeting, which took place a day after the announcement of Weckhorst and Farmer’s initial lawsuits, Van Ranken said the university should change the policy of not investigating allegations of sexual assault that occur off-campus and that it “was clearly insufficient and is insufficient.”

She also said “it’s taken too long to make that policy change happen” and that “fall is being strongly considered” for an implementation time for a new policy.

On April 25, K-State’s Interfraternity Council passed a resolution in support of a change in the university’s sexual assault policy. A student petition to have the policy changed was also started.

At the April 29 SGA meeting, a resolution calling for a change in the policy passed unanimously.

The Collegian asked Van Ranken on Monday about what happened to the policy change and she emailed the following statement:

“As far as we understand, the university had considered a policy change but decided that a policy clarification was the best decision for Kansas State. (The policy in its more clarified versions can be found at http://www.k-state.edu/oie/resolution/faqs.html.) If pending court decisions were to change the situation, then we would work with administration to advocate for student interests during a policy change process.”

The Collegian will have continuing coverage of this story and related stories throughout this week.