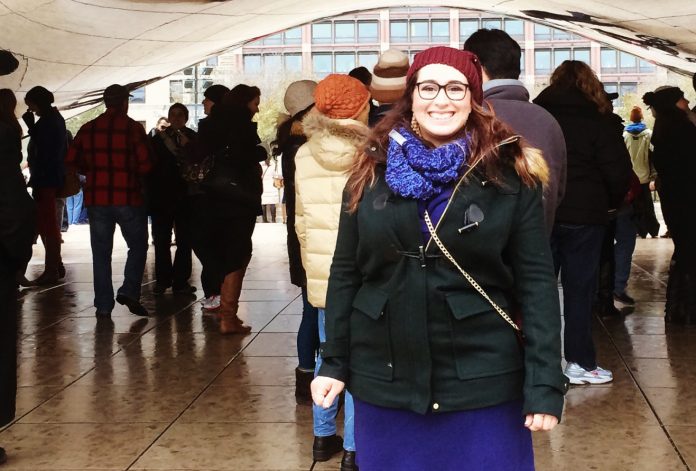 Many blame President-elect Donald Trump’s racially ignited rhetoric on many events dealing with racism throughout the country. I pose the argument through my own experiences that although Trump’s rhetoric was dangerous and proliferated hatred, it did not, in fact, create racist ideology. Racist America has always existed.

I am a Libyan immigrant. I am a woman and a Muslim who is not only a minority in America, but a minority in Libya. Sometime after Sept. 1, 2001, my mother, who had always worn a hijab, removed it due to safety reasons. We did not want anything that drew too much attention to us and my mother has not worn one since.

My strongest and earliest memory of racism comes from ninth grade. Part of my high school curriculum was to have all incoming freshmen enroll in a religions course, which would teach us about tolerance. Everyone had to research a culture and religion and present it to class.

I remember we were in the library, and we were all wandering around trying to find books relevant to our chosen religion. A kid came up behind me. He was already kind of known for bullying and wasn’t the most pleasant person to talk to. He called out my name and I turned around. In his hand was a Quran. I remember his smile. It was cunning, taunting. He snickered and dropped the book, keeping eye contact with me the entire time. He stepped on it.

“Get out of my country,” he said, laughing.

I remember that moment like it was yesterday. It was the first time someone had been malicious and hateful directly to my face. The irony of it was my teacher witnessed the whole thing and simply told him to sit down. No punishment.

I’ve had racially charged statements thrown at me in conversations, incidents of terrorist jokes or comments about immigration. What I found was people would throw a racist joke at me but for some reason could not handle jokes being thrown right back. I’m not a politically correct person, but I definitely think that if you can deal it out, you should be able to take it.

They are other instances of racism I have experienced that have been more violent and hateful. I make a point to not say what I am unless asked.

Recently after Trump’s election, I experienced not only a racist comment, but witnessed a passage of racist ideology from one generation to another.

It was a Sunday morning at a brunch place in town where I was serving a family of nine in my section. I had been friendly as usual, and I got a pot of coffee for the group. I was pouring their drinks and I overheard an elderly man at the table say, “All these motherf—ing Muslims need to leave this country.” His grandson replied, “For real. They don’t belong here.”

Little did they know their waitress was a Muslim. What surprised me was the fact it was said in public, but this wasn’t the first time I experienced it. It wasn’t something fresh or novel for me to struggle through. This was rhetoric I have heard before.

President-elect Trump didn’t make this man say anything, and I’m certain he had no hand in that ninth-grader who decided to directly attack me with his statement. Racism has always been there, but maybe this is the first time white America can see it.

I am not saying that Trump’s rhetoric is something to look over, but instead I make the argument that Trump is not the main actor in racism. He does not hold the cards and all of a sudden racism exists. It can be seen in our everyday news. Trump wasn’t running for president during the Trayvon Martin case.

If anything, Trump is a manifestation of racially charged rhetoric I and countless others have heard our entire lives. As a minority, I am not scared of Trump. He is one person in a battle with many layers and a deep-rooted history.

Scared to go in public, student from China says of growing encounters with xenophobia related to virus

OPINION: Discrimination does not end with a press release