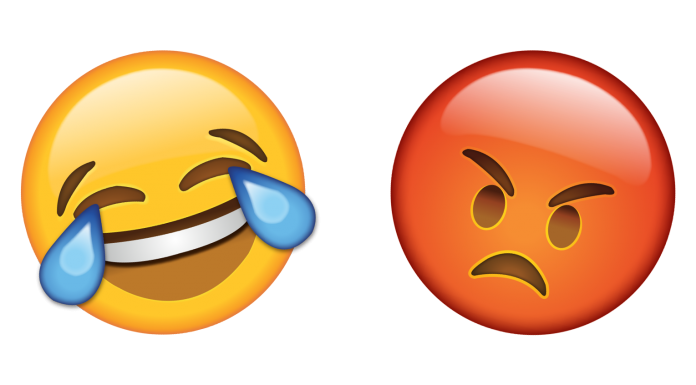 Social media exploded in September over a Snapchat gone viral from a former K-State student. Paige Shoemaker and a friend appeared to wear blackface masks over their faces with the caption “Feels good to finally be a nigga.” But, Shoemaker said, it was sent in a “joking manner.”

“It was sent in a joking manner to our friends,” Shoemaker wrote in a Facebook apology after her Snapchat went viral. “I am the least racist and most accepting person you will meet. Never would I send it in a derogatory way.”

Some viewers of comedian Jimmy Fallon don’t find “Saturday Night Live” funny because they perceive it to be offensive, according to Adrienne LaFrance’s Government Executive article “The SNL jokes that Americans found offensive.” If Fallon’s potentially offensive comments can be aired and accepted by others, then what is the line between a joke being funny or offensive — or is there one?

Caesar Chavez, senior in philosophy, and Jemima Nesthant, senior in political science, both said sensitivity is a huge factor when making a joke.

“I think with humor comes wisdom,” Chavez said. “Because, much like insults, humor also sort of penetrates the heart, but they are meant to do different things. Humor is meant to bring out joy and happiness and comfort. But insults, they pierce straight to the heart. And I think sometimes with humor, if not careful, it can bring about the unintended result. Humor, it’s a very tricky thing. It’s a very sensitive thing.”

There is a line of sensitivity, Nesthant said, especially in social settings. She said when you’re with your group of friends, sometimes you hope there isn’t a fly on the wall with a speaker.

“The jokes we have amongst our friends are things we laugh about, but as soon as it gets recorded or someone sees it and they say ‘I didn’t mean it in this way,’ totally a lot of people don’t mean it in that way, but then you shouldn’t say jokes period knowing someone could get offended,” Nesthant said. “You know it’s going to offend anyone, it’s going to.”

Nesthant said K-State students on the social media app Yik Yak crossed the line during the “hands up, don’t shoot” campaign after Michael Brown was shot by a police officer in 2014.

“Yik Yak will make you get angry just by seeing things people say, which is just vow-out disgusting and mean,” Nesthant said. “That’s the stuff right there where you’ve really crossed the line. That’s just hatred talk and I can’t do that. It’s a level of just being ignorant and then just a level of something is literally wrong with you that I don’t even think anyone that has a degree in psychology could help you with. Because if you have the mindset to think that way I wouldn’t be surprised if you were to get violent or trash someone’s house.”

Trang Le, junior in chemistry, said jokes definitely make a difference depending on the person who is saying them.

“If I knew someone of a different race than myself and they knew me and they’ve known me for awhile and they make these jokes about my country, for example, and it’s true, I’m gonna laugh and say, ‘you understand me too well,'” Le said. “But if that person does not understand me, has never talked to me before and has strictly surrounded themselves with people of their own race and they’re talking about something that was another race, you don’t do that.”

Chavez said you have to be careful, especially with people who you don’t know or who are strangers.

“When you’re more close to someone or intimate, you know their personality and you know what affects them so you can be a little bit more open in your humor,” Chavez said.

Then, he said, there are always those awkward moments when someone tries to be funny and it is actually insulting.

“Of course you factor in the context,” Chavez said. “Are you at a standup comedy club where you know this comedian, where his jokes are very racially oriented, or are you just in a close group of friends, a public setting, a professional setting? I think with humor, especially with things as sensitive as racial questions, it can go wrong really fast.”

He said there have been times when he has joked around with his buddies, not realizing the jokes he said might affect them.

“Guys are really prideful,” Chavez said. “They don’t want people to know that they’re affected, so they might brush it off or keep it secret. There have been times where I’ve been joking around about how my friend looks or how he’s dressed or things like that and later he’s told me ‘hey, that was kind of offensive.’ And obviously at the time I wasn’t doing it intentionally, it was just sort of in the moment.”

You also have to take into consideration where people grow up, Chavez said.

“Like where I’m from, it’s kind of thick-skinned, so I’m not very easily affected by things,” Chavez said. “Obviously, I grew up being made fun of as a kid because of my Hispanic heritage and being Latino and my name and things like this so I’m sort of used to racial jokes … I think with experience I’ve become a little bit more refined in my humor because I know how it can affect somebody.”

Nesthant said she and her brother joke around on occasion.

“I do charcoal masks and my brother has said ‘you are dark as night’ and it’s just a joke and I can’t take offense to it ’cause it’s like, I’m dark and he’s dark, just like me,” Nesthant said. “It’s kinda weird.”

Chavez said he shared a post on his Facebook page that was a picture of a billboard sign that said, “Taco emergency, call 9-Juan-Juan.” He said he prefaced it with, “Hey, I’m Latino so I can make Latino jokes, otherwise this would be considered racial.”

“I like to joke around with things like that,” Chavez said. “I definitely think there is an element to sort of — I don’t wanna say that you’re protected, but you kind of have a little bit more leeway to joke around about your own ethnicity … But at the same time you have to be very careful how you do it. That’s why I prefaced that Facebook post because I didn’t want, even being Mexican and Latino, it can come across wrong. It’s stereotypical sort of. But I’ve experienced the same in my lifetime with people the way they look at Hispanics. They’re either all Juan, Carlos, ya know, there’s Jesus.”

Chavez said tacos are sort of synonymous with the Latino or Hispanic culture and everybody loves tacos.

“It was a good joke,” Chavez said. “You gotta admit it was funny. You can’t trust a person that doesn’t love tacos.”

Nesthant said people say she’s nonchalant when it comes to stuff like this.

“I’m not nonchalant, I’m just the type of person where it’s like I will tell you I will call you stupid and or I’ll just roll my eyes and like ‘ya ignorant’ and I’ll walk away,” Nesthant said. “I’m not gonna waste my breath on you. But there comes a time where if she personally would of called me the n-word … now then that’s when I get my book out and I talk to you ’cause there’s something in your mind that’s not working and I just gotta talk to you.”

Le said she thinks people are influenced by the people around them.

“I think that it’s if you’re in a group that is of the same exposure to the society as yourself then they’re more likely to make something stupid,” Le said. “I just thought that if someone actually filmed things that people actually said that I felt discriminated against me and some Asian friends that I had in my dorm it would be much more horrible than that. I felt bad for the girl. I don’t think what she did was wrong but again I thought it was very unfair for people to just treat her like she was a very bad person.”

Chavez said humor is a variety of art that can cause joy, hurt and pain.

“You can be misinterpreted … You’re intentions might come across wrong and I think I don’t know the person who did this, the Snapchat, so I can’t speak for her character and I can’t speak for her as a person, but I know there have been cases where — even perhaps myself — where I’ve tried to be funny or I’ve tried to joke around about things and they come off wrong,” Chavez said. “But humor is more of an art. It’s something that can bring about a lot of joy but it can also bring a lot of hurt and pain.”