Home Culture Feature Results of the election, an emotional rollercoaster for all

These are just some of the many emotions running through Americans’ heads when President-elect Donald Trump won the 2016 election.

“I think that the reaction to this election has been much stronger than anything I’ve ever seen,” Brianne Heidbreder, professor of political science, said.

Most polls predicted that Hillary Clinton was going to win the election. Yet, the election results only slightly reflect that, as Clinton ended up winning the popular vote by about 2 million votes.

Heidbreder said that error from pollsters could have come from not being able to reach out enough to voters in states, the low turnout of Democrats at the polls or how Trump did so well with white voters.

According to Heidbreder, political scientists say the country is the most polarized it has ever been in history.

There were many difference perspectives coming from around America on Nov. 8.

Katie Leonard, junior in biochemistry, said she did not have a very fun election night.

“I thought it was going to be fun and a historical night, but it turned into being just terrible,” Leonard said.

On the other hand, there were people who had a completely different response to the results.

Keith Koetting, president of North Texas Sales and Distribution, said he was ecstatic when he found out the results.

“I am excited for a pro-business and pro-jobs president,” Koetting said.

Emily Schneider, junior in industrial engineering, said she was surprised by the result because most sources had projected Clinton as the winner, but she was happy Trump won.

“I wasn’t bouncing off the walls excited, but I was definitely happier,” Schneider said.

Schneider said she did not notice any difference in the atmosphere at K-State after Election Day, since she was so consumed by schoolwork. She also said she believes the College of Engineering is more conservative than the other colleges on campus.

In contrast, Heidbreder said she could see the immediate effects of the election results in her classes and her colleagues on Nov. 9.

“I definitely saw a lot of pale, shell-shocked faces among students and faculty,” Heidbreder said.

Leonard said she ended up not even going to class that day.

“I was just so upset and wanted to watch (Clinton’s) concession speech,” Leonard said.

Lots of minority groups were scared when they found out about the results, Heidbreder said.

One of the reasons minority groups are so scared is because they cannot hide their differences and Trump’s rhetoric was so strong during the election, Heidbreder said. There were reports of hate crimes going up after the election, according to CNN.

Heidbreder also said the country is in a “whole new territory” because the U.S. has always had a president who had either political or military experience. Trump will be the first to have neither type of experience.

As shown on the president-elect’s interview on “60 Minutes,” Trump has already seemingly gone back on some of his promises on the campaign, like keeping the pre-existing conditions of the Affordable Health Care Act and not building a wall along the Mexico-American border.

“He’s trying to be more practical in what could be accomplished versus what he wants to do,” Heidbreder said.

Koetting said he interprets the wall more as a metaphor for stricter and more practical border control. Schneider said she is hoping there will be more room for compromise with not only Congress but the American people to make the transition smoother for everyone.

Leonard, on the other hand, said she is still not looking forward to some of the proposals Trump is bringing to the table.

“I do not want to get kicked off my parent’s health care before I can afford my own and keep my reproductive rights,” Leonard said. “That’s just personally. There’s stuff that’s 10 times worse that will affect other people.”

On the other hand, Koetting said that no matter what, he will give preference to his businesses.

“I’m more worried for what he will do for the country,” Koetting said.

Heidbreder said since there is so much polarization in Congress, we will still see conflict in government.

“There might be conflict within the Republican party and in the Democratic party being the vocal minority,” Heidbreder said. “I’m not optimistic in the cooperation of government.” 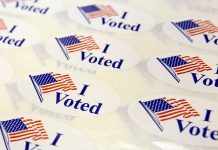 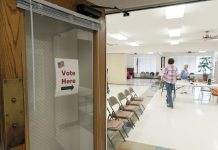 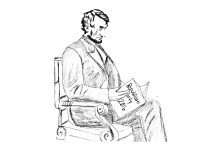