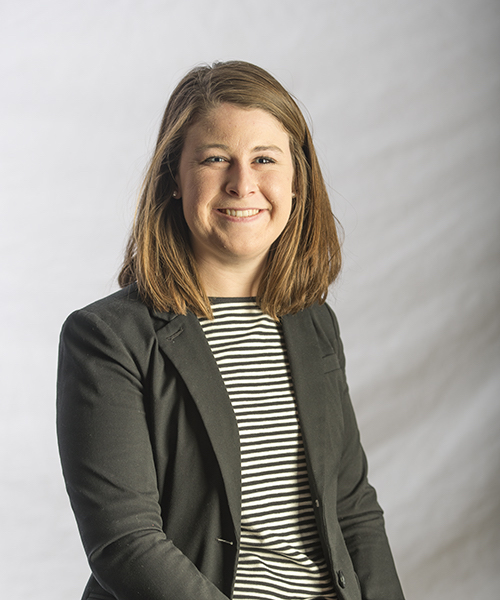 Jessica Van Ranken, student body president and senior in political science, told members of the Student Governing Association Thursday that she supports a change in the university’s sexual assault policy.

“I want to reemphasize and stress again — as Vice President (Trenton) Kennedy and I did last semester — that our position regarding this topic has not changed and we are in support of a change in policy that allows for the investigation of off-campus sexual assault that affects on-campus life in the university here,” Van Ranken said.

Van Ranken’s address Thursday to SGA came after a week that saw a third K-State student join in one of two existing Title IX lawsuits against the university. The lawsuits allege K-State refused to investigate the rapes of three women by fellow students because they occurred off-campus, even though two were at fraternity houses.

“We’ve advocated for this position many times to university administration — particularly over the summer, where we have many meetings — where we kind of came to the understanding the university likely will not make a change in policy, if they are to make a change in policy, until after the legal proceedings when the pending court cases are complete,” Van Ranken said. “It is my understanding that the pending legal decisions will play a large role in what future policy will be.”

Van Ranken said she hopes the courts, as well as the university administration, take the stance that K-State should investigate off-campus sexual assault.

“It is our hope that that legal decision and any pending policy would reflect the best interests of Kansas State students and we think that a policy which really supports the investigation of sexual assault of Kansas State students is the strong stance to take and we hope that the courts take that strong stance as well as the university administration.”

“We support that students are making their opinions very clear to university administration, and we believe that university administration appreciates the feedback and appreciates hearing student input as it’s important as they go about their decision-making processes,” Van Ranken said. “I know Vice President Kennedy and I have appreciated the student input we’ve received throughout this process because it helps us do a better job of serving students to understand what students think.”

Zach Lowry, president of K-State’s Interfraternity Council, SGA senator and senior in political science, asked Van Ranken if the university has “a moral responsibility to investigate off-campus sexual assault, regardless of the courts’ decisions.”

The administration released a statement Tuesday claiming inaccuracies in the reporting of the Title IX lawsuits by the media. When the Collegian asked for specifics, the university refused to comment.

Van Ranken said the university has listened to students.

After students started a petition in April, the university responded that same day with a statement.

“I do think (university administration) have been receptive to listening about (student opinions on the policy), but I also do think that they are standing by their current legal strategy,” Van Ranken said. “But I do think they have been listening to students and have been hearing the feedback.”

For more information on what else happened at SGA’s five-hour-long meeting, go to the Twitter feed of Jason Tidd.