Disquisition. Dissertation. Thesis. Or, a study.

According to research completed by Princeton University, using long, unnecessary words makes writers seem less intelligent when a more fundamental, or basic, word that is common in day-to-day vocabulary could have been used instead.

“It’s important to point out that this research is not about problems with using long words, but about using long words needlessly,” Daniel Oppenheimer, study author, said in the article in Science Daily. “Anything that makes a text hard to read and understand, such as unnecessarily long words or complicated fonts, will lower readers’ evaluations of the text and its author.”

Brenda Martin, instructor in English, said some students may be going for “flash,” when all that is really needed is simplicity for effective communication.

“A writer is more likely to be perceived as intelligent when what s/he has to say is easily understood,” Martin said in an email response.

Wes Wise, assistant professor in journalism and mass communications, said it really depends on the context the big words appear in that will make a writer seem intelligent or not.

“Big words can be totally appropriate if, for instance, this is a paper about biology and the word was the name of some bacterium and it’s a super long, 20-point Scrabble world,” Wise said. “Well, that’s totally in context and perfectly understandable. But, if the word sticks out in such a way that it is completely unlike everything else around it, then I would hesitate to say I question someone’s intelligence, but I may question their motivation for using the word.”

Wise said he appreciates the quote, “Brevity is the soul of wit,” and that students should not strive to use fancy words, but rather, strive to be brief, succinct and correct.

“What becomes important is understanding, and understanding is largely orthogonal, to use a big word, to how complicated the text is,” Wise said. “Sometimes saying something in everyday words has far more power if the reader understands it than talking over someone’s head. You may think talking over someone’s head makes you seem intelligent, but in reality you just leave them confused and they may evaluate your ability as a writer as negative.”

Martin said it really depends on the scenario if she finds big words as a sign of intelligence when reading or grading papers.

Brooke Boyington, senior in family studies and human services, said she loves to use more elaborate words, but has felt limited on the right times to use them during her college career.

Wise said there are times where using less-common words may be appropriate, which is why he has used a thesaurus before.

Boyington said after her four years of college, she feels there can be a right time or place to use “colorful” words and they can still be used to make you seem more educated.

“Our English language has so many words that we don’t use and so I feel like the more knowledge we have of words, then we not only feel more educated when we use bigger words, but I think it also shows an expansion of our own understanding, which is really cool,” Boyington said. “‘Cool,’ for example, is used for a million different things, which I am sure there is at least 20 other words that I could have used instead, like bright words, big words.”

Wise said he suggests instead of reaching for a thesaurus or using word replacement in Microsoft Word, students should attempt to keep their word choice simple.

“Try to keep things simple and straightforward, because what is going to make you sound intelligent is how well you can explain something, not how big the words are you used to explain it,” Wise said.

As the study found, “One thing seems certain: Write as simply and plainly as possible and it’s more likely you’ll be thought of as intelligent.” 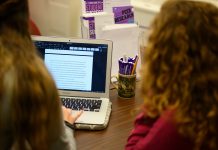 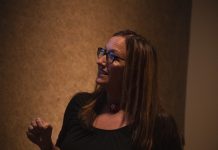 OPINION: Students should not submit essays without proofreading them 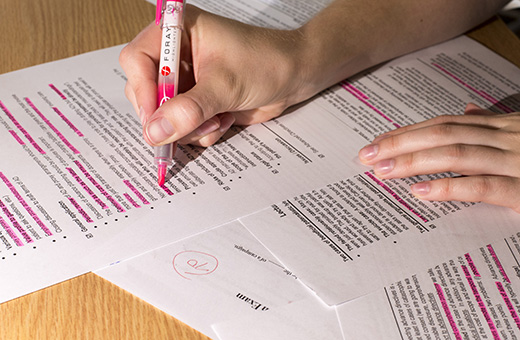 How to study: tips and tricks for a successful finals week