Signs with the no-guns symbol are strategically placed outside the entrances to Kansas State residence halls. Students sign a residence hall contract agreeing no firearms or other weapons can be brought into the halls. Firearms and other weapons are listed in the “What not to bring” section of the K-State Housing and Dining’s Family Resource Guide.

This did not stop a K-State student and resident of Goodnow Hall from bringing in his firearm.

The 19-year-old male, whose name has not been released, suffered an “accidental self-inflicted gunshot wound” while in his room Sunday night.

Brandon Nsaho, sophomore in management information systems, saw the injured student with the gun outside Goodnow. He said it is “way too easy” to bring a weapon into the residence halls.

“Students around campus can sneakily bring weapons in,” Nsaho said. “I think it’s really easy to bring guns, knives or anything dangerous on campus and into the dorms.”

According to a statement by the university, there in an ongoing police investigation and no further information will be released by K-State, which was named one of the 50 safest large universities in America by College Choice in September 2016.

Nsaho lives in Wefald Hall, which is right next to Goodnow.

“I was with some friends and we were all coming back from McDonald’s and got dropped off in front (of Wefald and Goodnow),” Nsaho said. “As soon as we got dropped off and walked to (the) Wefald entrance, the guy from Goodnow ran out while bleeding out (from his mouth) with a gun in his right hand.”

Nsaho said he was in shock and could not believe what he was witnessing.

“When he ran out, he looked like he wanted to talk, but was running at the same time,” Nsaho said. “It was like a zombie or a mummy. It looked like he got shot in the cheek through the mouth.”

“As soon as I saw the gun, I was so close to just dropping my McDonald’s and running because I didn’t want to get injured,” Nsaho continued. “So we went to the front desk and were panicking. We found the nearest RA and it was the RA from the third floor. From there he called the cops and we had to stay in the lobby.”

Elizabeth Motter, freshman in civil engineering, lives in Goodnow on the first floor and said she was told during a floor meeting Sunday night that the shooting took place on the third floor.

“We at first thought it was just the guys being dumb because all we heard was running and yelling, but then there was a scream,” Motter said. “All of us went into the hall to see what happened and one of the girls had just came back from the dining center and said that a guy had run out of the stairwell with blood all over his face. Some of us went into the stairwell to see and there was just a lot of blood. So much blood.”

Also a resident of Goodnow, Matt Tierney, sophomore in political science, said he did not see anything, but he did hear the gunshot.

“I heard the shot around 8 last night,” Tierney said. “I thought it was just something loud. I didn’t think it was a gunshot. Then about 15 minutes later I went to my car and there were paramedics and cops and a stretcher there and they very clearly closed off an area so nobody could see what they were trying to do.”

It is unknown whether or not the injured student has a roommate or if the roommate is still residing in the room.

Motter said it was stressful as a resident of the hall because nobody knew what had happened and how to distinguish rumors from facts.

Letter to the Editor: Student’s response to professor’s anti-gun opinion

“It definitely scared me a little bit, mostly because we didn’t know what was happening,” Motter said. “We didn’t know if there was a fight or if it was a knife or a gun. And nobody could tell us anything yet, so it was just rumors.”

“Finally we had a wing meeting a little bit later and they told us everyone was okay and that whoever was hurt was getting help and that the A-wing was shut down until further notice and it happened on the third floor,” Motter continued.

Lander said K-State Housing and Dining has been doing what they can to answer the questions of concerned students and parents.

“With a situation like that, people are concerned about safety,” Lander said. “I’ve talked to students and some parents to address their concerns and we’ve talked about resources and other things we can do to assist them.”

As previously reported by the Collegian, K-State’s concealed carry policy was approved by the Regents in December and will go into effect on July 1, 2017. The policy states that no university location, including residence halls, will be designated as “prohibiting concealed carry with permanent adequate security measures.”

Lander said this will not change how K-State Housing and Dining will respond to firearms in the residence halls.

“Our response to concerns regarding weapons will really not change,” Lander said. “We will still contact the police department to see if it is lawfully possessed or not. From our staff’s perspective in housing, we will continue to respond the way that we do.”

The concealed carry policy requires that carriers be at least 21 years old, so Lander said the majority of residents will not be able to carry a firearm anyway.

Nsaho said he is concerned that concealed carry will be allowed on campus and in the residence halls, especially after seeing firsthand the type of accidents that can happen.

“If we allow this on campus, people will not be able to feel safe going to class, or they’ll be afraid to even wake up because they don’t want to get injured,” Nsaho said. “We’ll just have to be cautious. Guns can be anywhere. We always have to be focused and know where we’re going because it is really scary.”

Bills were introduced in the Kansas House of Representatives and Senate in the past week that would essentially repeal concealed carry on university campuses going into effect on July 1, 2017. There will be a hearing on Senate Bill 53 on Jan. 26.

In the past year, guns and other weapons were involved in at least three incidents on campus. In October 2016, a student stabbed his roommate in Marlatt Hall. In July 2016, police investigated a possible student suicide at Jardine Apartments. In April 2016, a student who was also a U.S. Army veteran committed suicide on campus.

In September 2015, an armed robbery suspect came on campus, resulting in the cancellation of some classes. 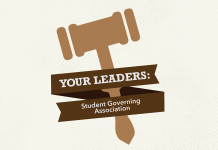