Home Sports Men's Basketball What to Watch: Basketball and the Pro Bowl

The Golden State Warriors have breezed through their schedule so far and have had little trouble integrating star forward Kevin Durant after he signed with the Warriors in the offseason. The Warriors have won seven in a row and are in first place in the Western Conference by 3.5 games.

The Hornets, on the other hand, are no powerhouse with just a 23-21 record. However, they are 15-7 at home and could pose a threat to Golden State. The Hornets are currently sixth in the Eastern Conference and could use a big game to get some momentum going to further enhance their chance at a playoff birth.

The game will tip off Wednesday at 7 p.m. on ESPN.

This game figures to be the highlight of the Big 12-SEC Challenge that will feature five games between the two conferences this Saturday.

Kentucky is coming into the game hot. The Kentucky Wildcats face Tennessee on Wednesday before the game against Kansas, but they have won seven straight games prior to the one against Tennessee. Kentucky is led in scoring by freshman guard Malik Monk. Monk is averaging 21.7 points a game, which leads the SEC.

Kansas will also be coming into the game on a long winning streak, provided they can get past West Virginia on Tuesday. The Jayhawks have won 18 straight games and hold the top spot in the Big 12 standings.

The Jayhawks and Wildcats will tip off at 5:15 p.m. on Saturday on ESPN.

Since there are no actual NFL games this weekend, the Pro Bowl will have to do. The annual game pitting the leagues All-Stars against one another will take place Sunday in Honolulu. In the past few years the league switched up the game to an “unconferenced” format in an effort to shake things up, but they have decided to return to the original AFC vs. NFC format for this year’s game.

Returning this year will also be the Pro Bowl Skills Showdown, which will feature many Pro Bowlers competing in a set of different competitions.

The Pro Bowl Skills Showdown will air Thursday at 6 p.m. on ESPN. The Pro Bowl will take place at 7 p.m. on Sunday on ESPN. 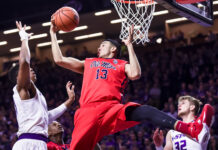 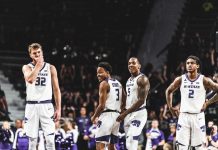 Both K-State basketball teams in action this weekend

What to watch: Week 1